Opinion: New VIE Rules — Is the Door Half Open or Half Closed? 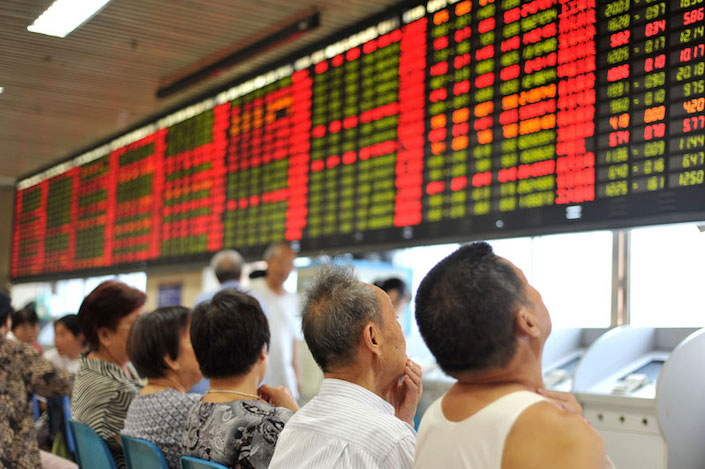 It seems like the VIE door remains open, but in fact, it may have already been closed. Photo: VCG

Recently, there has been a deluge of new regulations on overseas listings, and variable interest entities (VIEs) remain one of the most watched.

Last week, an official from the China Securities Regulatory Commission (CSRC) told the media that “enterprises that adopt the VIE structure and meet the compliance requirements can be listed overseas after filing.” A few days prior to that, CSRC also issued a public denial after Bloomberg reported a possible ban on the overseas listing of VIE-based companies. Putting those together, some say that Chinese government has officially OK’d the VIE structure and the listing of VIE-based companies. My personal opinion is that this is a misinterpretation.

First and foremost, which department has a say? We must understand that VIEs involve foreign investment access, which is regulated by the central planning body — the National Development and Reform Commission (NDRC) — and the Ministry of Commerce (MOFCOM), not the CSRC as the securities regulator. Therefore, the CSRC can publicly deny that it does not prohibit VIE-based companies from listing overseas. The answer given to the reporter’s question — that enterprises meeting the compliance requirements can be listed overseas after filing — is pretty accurate.

But here comes the next question: which companies can be deemed as “meeting the compliance requirements”? And by whom?

We know that only businesses in areas with prohibited or restricted foreign investment access will adopt the VIE structure, so it depends on one key document called the “Special Administrative Measures (negative list) for Foreign Investment Access” issued by the NDRC and the MOFCOM. The negative list is updated yearly.

This year’s version was unveiled in late December. It contains a key clause, Clause VI, which stipulates: “Domestic enterprises engaged in businesses in fields prohibited from investment mentioned in the negative list shall be examined and approved by the relevant authorities of the state … Overseas investors shall not participate in the operation and management of the enterprises, and their equity ratio shall be governed by reference to the relevant regulations on the management of domestic securities investment of overseas investors.”

Let’s take a close look because these sentences are critically important. In the press conference for the negative list, officials gave an even more coded interpretation, said that the phrase “shall be examined and approved by the relevant competent authorities of the state” means that the prohibitive provisions of the negative list are not applicable to the examination and approval of domestic enterprises to list overseas.

How should this sentence be interpreted? In plain words, an enterprise can list overseas with the consent of the authorities of its industry. Thus we can see VIE issues actually go from the CSRC to the NDRC and MOCFOM and finally to authorities of the specific industries. In short, industry authorities determine the compliance of VIEs according to industry regulatory situations. To put it simply, CSRC will put VIEs whose compliance is recognized by authorities on record. The “Foreign Investment Law” in 2019 briefly touched upon the sensitive issue of VIEs, which was finally left to industry competent authorities to deal with. This time the idea is more formally installed in the new interpretation.

It’s uncertain whether industry authorities will clearly state their stands on the compliance of VIEs.

Personally, I think there are two scenarios. If I were the head of authorities, I would be hesitant to be responsible of giving a green light to a VIE. This is the first scenario. The other possibility is that old and new VIE-based enterprises will be treated differently.

Enterprises recorded before the implementation of the negative list, which will take effect on Jan. 1, 2022, may be allowed to list overseas if they meet the requirements on the participation of foreign investors, namely foreign investors are not involved in the management and don’t exceed the shareholding cap. The regulations may be even loosened, enabling VIE-based enterprises on record before Jan. 1, 2022, to list overseas even if they do not meet the two aforementioned requirements.

How about the new VIEs? I believe that newly established VIE-based enterprises will face lots of difficulties in getting listed overseas.

Some people argue that domestic enterprises in fields prohibited from foreign investment mentioned in the negative list can list overseas as long as they meet those two requirements. Are they right?

Once again, I think that this is a misunderstanding. The negative list leaves overseas listing opportunities with enterprises that plan to issue H shares but not for ALL VIE-based enterprises.

According to Clause VI of the negative list, domestic enterprises in fields prohibited from foreign investment mentioned in the list shall be examined and approved by relevant authorities before they issue shares and go public for trading overseas. Only when they are ready for overseas listing, they can submit the applications. In the financing stage, for example, they will not be formally approved or rejected to raise U.S. dollars because it’s simply not the time for the authority to have an opinion.

In the past, enterprises in the industries prohibited from foreign investment were not allowed to be listed by issuing H shares, since any foreign capital with any proportion was prohibited. In 2009, MOFCOM and the Ministry of Industry and Information Technology (MIIT) jointly published an announcement, stating that if the enterprise has a proportion of foreign shares lower than 10% and the single largest shareholder of which is a Chinese investor, the enterprise will be viewed as a domestically funded enterprise operating telecommunications services, which are applicable to the relevant administrative provisions and approval procedures. However, since the 10% foreign shares proportion is too low to meet the requirements of the market, many enterprises of certain industries are still facing great obstacles when it comes to issuing H shares. Though quite a few enterprises have found ways to bypass the regulations, these approaches are not recommendable. In that sense, the negative list has given these enterprises a chance to access H shares.

Are there ways around?

Some may argue that VIEs are not completely prohibited and therefore think that they can act first and report later. I can’t say that this is completely out of the question, but there are some issues.

First of all, if the enterprise attracts investments through the platform of Cayman, meaning that the capital raised all comes from overseas, then can foreign shares be controlled under the required cap of 30%? The answer here is most probably “no.” Especially as 25% of the new shares (at least 10% but usually 25%) will be issued during the period of IPO, there is little manipulable space left.

Secondly, before being listed, the enterprise has to take the validation of VIE into consideration. The authorities will never issue permission in advance when the enterprise is still at the financing stage. Attorneys may say that the VIE contracts are legal and valid but it is unclear whether the authorities will agree. Therefore, as for whether the financing will be impacted, I think it certainly will be.

Thirdly, since the negative list and recent regulation clearly paved the way for H share, if someone still insists on deviating to VIE, then how do you think the authorities will handle it? I am afraid that in most cases, the authorities will think that enterprises adopt the VIE structure for other purposes, such as in order to hold shares in overseas companies, and move their assets overseas.

Enterprises may explain that the reason for adopting the VIE structure lies in that it is hard for their industries to raise funds in the domestic market, and they can only raise U.S. dollars, thus it is necessary for them to adopt the VIE structure. However, in today’s highly developed financing market in China, this explanation may not be very convincing.

In my view, it seems like the VIE door remains open, but in fact, it may have already been closed.

Does that mean companies can adopt the VIE structure? As I view it, it gives leeway to a very narrow crowd. Clause V was based on Article 35 of the “Regulation on the Implementation of the Foreign Investment Law of the People’s Republic of China (draft),” which states that, upon review by the relevant departments of the State Council and approval by the State Council, wholly owned enterprises established by Chinese natural persons, legal persons or other organizations overseas that invest within the territory of China may not be subject to special market access-related management measures stipulated in the negative list. However, the article was, for various reasons, not included in the final version of the Regulation on the Implementation of the Foreign Investment Law. Currently, the related content of the article is once again being taken into account. The article is mainly geared to centrally managed state-owned enterprises that do not need to adopt the VIE structure or central enterprises that are based outside the Chinese mainland and that should not be restricted as foreign enterprises, such as China Resources (Holdings) Co. Ltd. In a nutshell, Clause V of the negative list does not clearly indicate that enterprises in relevant fields can adopt the VIE structure. Of course, it is not impossible that some special enterprises may be allowed to do so, however, before enterprises decide to embark on this path, they should ask themselves if they are really that special.

We need to realize that these new regulations represent another major reform. I think the issued document is reasonable in terms of orientation and that it is, in some aspects, even more business-friendly than expected.

As the principals of related government agencies said in their answer to reporters’ questions, the series of new regulations display the major orientation of advancing opening-up at a higher level and continuously easing the regulations on foreign investment. That said, the determination of the government agencies to solve problems and cover the shortage should be noticed. After all, they have repeatedly emphasized that they will support companies to utilize the overseas capital market, as long as it is done in accordance with domestic laws and regulations.

The author is a senior partner of Dentons Beijing.