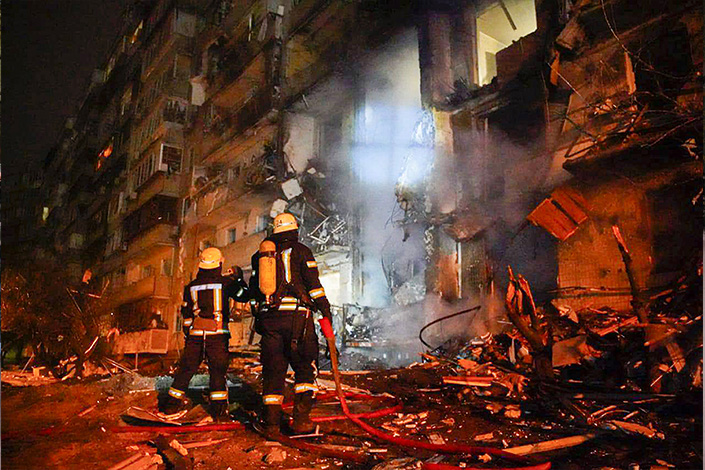 Firefighters inspect a damaged building following a rocket attack on the city of Kyiv, Ukraine, on Friday. Photo: VCG