Restructuring Fear Crops Up in Reversal for China Builder Logan 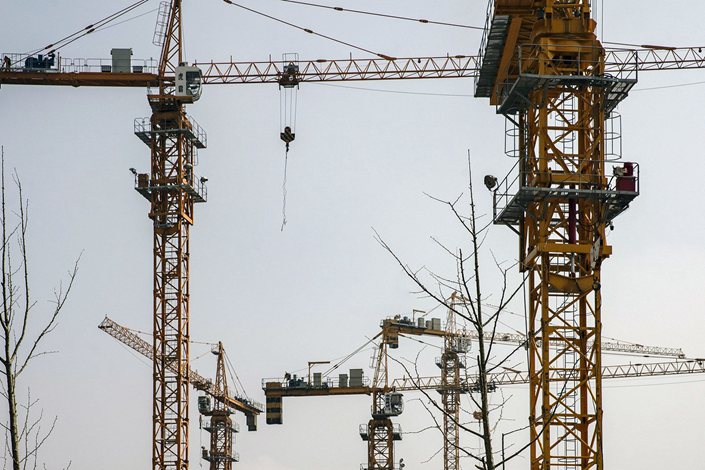 Cranes at a construction site for a residential development on the outskirts of Shanghai. Photo: Bloomberg

(Bloomberg) — Worries about the possible scale of Logan Group Co.’s undisclosed leverage now include talk of a potential debt reorganization as repayment pressure piles up on its $6.8 billion of outstanding bonds.

Considered a higher-quality Chinese developer several months ago, Logan’s credit ratings have been slashed into the equivalent of CCC territory by all three major international assessors, signaling there’s heightened risk that bondholders won’t be made whole. S&P Global Ratings said the builder is likely to restructure its onshore debt given its cash levels and the amounts owed.