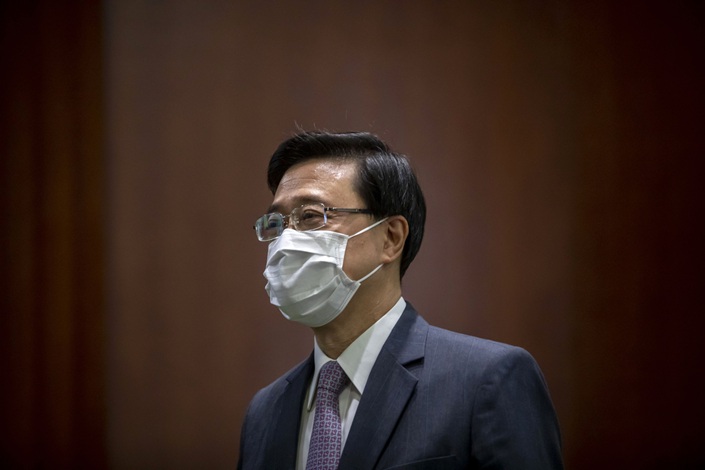 Hong Kong’s No. 2 official told a news briefing Wednesday that he had notified outgoing Chief Executive Carrie Lam in a letter that he would step down and seek her job. “Having been in the government for over 40 years, to serve the people of Hong Kong is a glory,” Lee said, adding that he would elaborate on his agenda once his candidacy had been formally approved by Beijing.