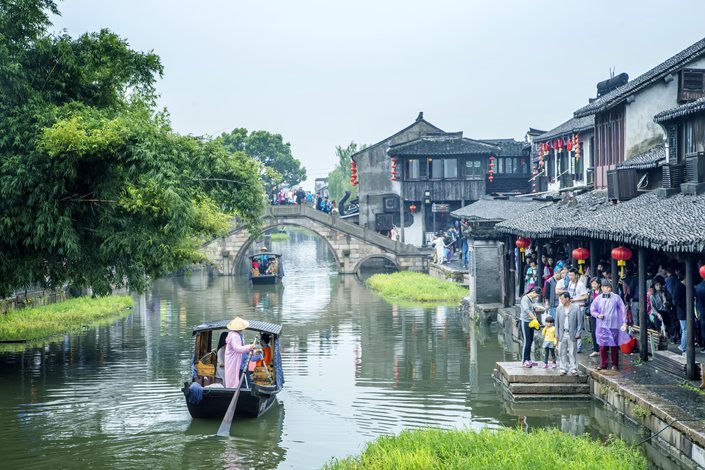 Fifteen minutes past our lunch appointment, Massimo rolled into my house cradling a tray of home baked chocolate brownies and a tub of freshly whipped cream. Massimo is an insanely good cook and I never turn down anything he brings. Kissing me on both cheeks, he said, “So sorry for being late. Business is crazy. We’ve never been so busy. People are booking to travel again: Galapagos, Greece, France, Italy. So busy!” Massimo is the CEO of a boutique adventure travel company based in Berkeley, U.S., and this is what we’ve all been waiting to hear for the past two-and-a-half years since the Covid-19 pandemic started.

After lunch, I opened my WeChat, and took in updates from some of my WildChina colleagues who were stuck in Shanghai. Jane’s page said, “Last time I went to the office, it was March 10. On days when one can only chat online, there’s no point in tearing days off the calendar. Today is May 25 (2022) and the pages have become a stack half an inch thick.” Jane’s colleague Ella sounded more optimistic: “Tourism is on pause, but I believe this is temporary. Our borders will reopen one day.”

The contrast between Massimo and my colleagues in Shanghai reflect the state of travel in the rest of the world and China. China’s population in lockdown between April and May 2022 tallied up to 473 million. I did a random search for a July round trip ticket from San Francisco to Shanghai. It came to $21,717 for an economy plus seat on United Airlines (economy seats were not available).

Will the Chinese border reopen? And even if it does, how many WildChina-type travel companies will survive? Will anyone be able to afford to visit China again?

My mind roams back 20 years to the days when China travel was booming. Western travelers’ sentiments toward China have changed. Of course, these are personal perceptions of other people’s attitudes, and I do not want to judge. But this is what I’ve seen.

In the 1980s and 1990s, China was the new frontier. Travel to China on a mass scale really started in the 1980s. After U.S. President Nixon’s visit to China in 1972, it took about a decade for the government-led industry to figure out what the China tour product looked like. Five thousand years of history, packed in 12 days of Beijing/Xi’an/Yangtze River Cruise/Guilin/Shanghai for a $1,500 inclusive of a Peking Duck dinner, dumplings in Xi’an and all-you-can-eat buffets. It was the perfect made-in-China product – low cost travel for the masses. Brave global trotters ventured into Red China.

Between 1997 and 2008, China became the panda bear. New York Times journalist Maureen Dawd wrote an article in 1997 titled “Death by Duck,” which depicted an American tourist who as a “a middle-aged, overweight tourist, arrives in China, finishes his last pack of Marlboros and, jet-lagged, begins tramping around the Forbidden City and climbing the Great Wall until his arches were screaming.” But discerning travelers soon started to break out of the package tour straitjacket. In 2000, I started WildChina, offering to take guests off the beaten path and deeper into the country, drinking tea with a Naxi shaman, hiking in the Himalayas. China was diverse, hospitable, different from anywhere else in the world. China was on every baby boomer’s bucket list. As an operator, you could not do wrong. The traveler loved everything about China, the panda you couldn’t resist.

2008 to 2016 was when visitors started doing due diligence. The Olympic opening ceremony was China’s coming-out party. She’d arrived and had dazzled the world. China was on track to become the world’s second-largest economy. Wait, what happened to those people in gray suits riding bicycles? Many students in public schools, private schools and charter schools in the United States started opting for Chinese over Spanish. Venture capitalists, private equity investors, management consultants, lawyers, almost everyone in business had something to do with China. Suddenly, we were inundated with requests from well-to-do families, moms and dads with three teenage children in tow, coming to China for due diligence. They wanted to see as much of China as possible, not just the city, but also the countryside. This was the American middle upper class’s fact-finding mission: how much of our children’s future should we invest in China? Have to go and kick the tires.

From 2016 to 2020, the giant panda turned into a grizzly bear. President Trump played his role: launching a trade war against Chinese exports, calling the coronavirus the “China virus,” winning applause at political rallies for telling workers and farmers that China had stolen their jobs. Having few or no reporters on the ground in China, traditional media like the New York Times and the Wall Street Journal could only tell some of the country’s many stories. China in the eyes of regular Americans started to look scarier by the day. I used to be a regular speaker at various travel tradeshows and conferences, with tons of questions from the audience on where to go, what to do in China. Now, my speaking calendar is wide open. I did join a zoom travel conference in early May 2020, one single person asked me a question about China and that was a repeat client of ours. The appetite for China had shrunk extremely fast.

2020 to now has been about Covid. Cries of “What’s happening in Shanghai? OMG, is it for real?” have reverberated in travel circles. China’s borders have been closed since March 2020, with access limited to those already holding visas, and certainly not tourists. Prior to Shanghai, most Americans would talk about China’s “zero-Covid” rules with admiration and jealousy, “I wish U.S. could do something like China, and mandate everyone to wear the damn mask!” But those days are over. Today, I received a PDF document in Chinese — a how-to manual to navigate return travel to China. It is 355 pages long, containing details on vaccines, tickets, visas, sim cards and health code apps. Yes, sim cards, apps and bank cards are crucial as China has completely gone cashless, and I scanned my phone maybe 50-100 times a day when I was in China in Dec. 2021. Scan the green code to enter anywhere, the office, the hotel, the restaurant, the subway; scan WeChat to add a friend, scan to order a drink, scan to pay, scan to give a dollar to the beggar in the street. If it takes a Chinese person 355 pages to navigate the process, I don’t know how many pages it would take a non-Chinese speaker. We don’t have a business solution to navigate all of this for our WildChina travelers, and even if we do, I doubt any American traveler would hand me their phone or credit card to be scanned 100 times a day.

So, will inbound travel return? That question is no longer important to investors and small business owners like me. Airbnb just closed all inbound China operations after burning through tens of millions of dollars. Our loss is peanuts in comparison. Money can always be made, one way or another. Borrowing a popular phrase among wealthy Chinese businessmen, “Problems that can be solved with cash are not real problems.”

What worries me are the problems that are not solvable with money. Access to China is not a money problem. China’s international brand image is not a money problem. What saddens me most is the light in the eyes of my young colleagues all over China dimming; that of men and women born after 1990, full of hope, aspiration, and trust. They left cushy marketing jobs at Unilever or McKinsey, took on low-paying hard-working travel positions, because they love it, loved connecting with people, and longed to become global citizens. Their future hinges on an open door. Well, for now, I would advise everyone to follow the second half of Ella’s comments: “If the border stays closed, there are so many beautiful places within China, we can always take our guests there.”

To those in quarantine, hang in there. At least we know now for sure that your compound will reopen. And to those free to travel, Massimo’s trips are as good as his brownies. Take a look at Mountain Travel Sobek. They are busy, so book early.