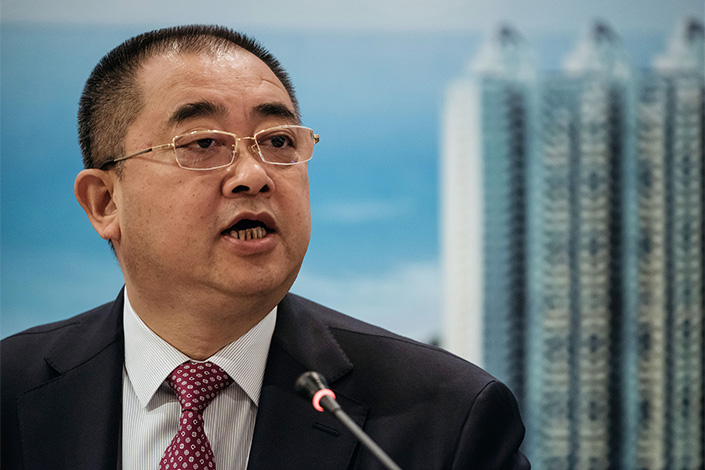 Siu Shawn, an executive director at the company, will take over, according to a statement Friday, which added that Chief Financial Officer Pan Darong was also forced to resign.

Evergrande had been investigating how 13.4 billion yuan ($1.99 billion) of its deposits were used as security for third parties to obtain bank loans, which some borrowers then failed to pay back. The pledge guarantees threatened to wipe out most of the cash holdings at its property-services unit.

A filing Friday said that the board requested that Xia, Pan and another executive resign as a result of information about their involvement in arranging the pledges obtained from the preliminary investigation. The company said its independent investigation committee will issue a report once the probe is finished.

Evergrande, whose founder Hui Ka Yan stepped down as chairman of the onshore real estate unit last year, is at the center of a debt crisis that is spreading among China’s property developers following a regulatory crackdown on excessive borrowing in the industry. The world’s most indebted developer faces a lengthy restructuring after being labeled a defaulter in December.

The newly appointed CEO, Siu, said in an interview with 21st Century Business Herald that the company has reached basic consensus with multiple major creditors on issues such as debt restructuring principles and framework.

The new business leader also said that the company will seek to find a law-compliant solution to the issues of the seized funds and will cooperate with Hong Kong regulators on inquiries and investigations.

The company’s cash crunch has become a focus for global investors, concerned that a collapse might roil the financial system and curb growth in the world’s second-largest economy, which depends on the housing market for about a quarter of gross domestic product.

The developer said Friday that as a result of findings from the preliminary investigation, the firm will consider appointing a consultant to conduct a comprehensive review of the firm’s internal control and risk management systems.

President Xi Jinping’s government has taken an increasingly harder line against the country’s acquisitive and leveraged private companies and the tycoons that have powered their growth.

Xi is seeking to rein in ballooning debt and the billionaire class as part of his “common prosperity” campaign to reduce a yawning wealth gap.

Evergrande established a seven-member risk management committee in December to “actively engage” with creditors. That panel includes senior managers from state-owned enterprises in its home province of Guangdong, along with China Cinda Asset Management Co., the nation’s largest bad-debt manager.