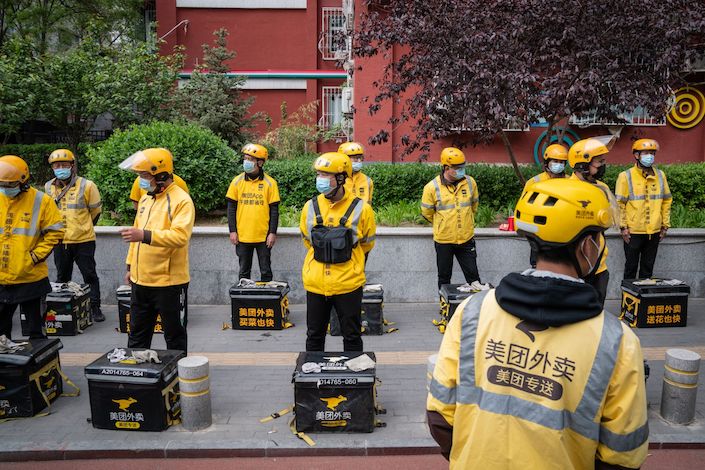 (Bloomberg) — Stocks of four companies backed by Tencent Holdings Ltd. plummeted after Reuters reported the social media giant intends to sell all or much of its $24 billion stake in food delivery giant Meituan under government pressure.

The social media powerhouse hired financial advisers in recent months to help sell a roughly 17% stake in Meituan, Reuters reported, citing sources with knowledge of the matter. The divestiture would be in response to the government’s campaign since late 2020 to curb the influence of China’s tech giants.