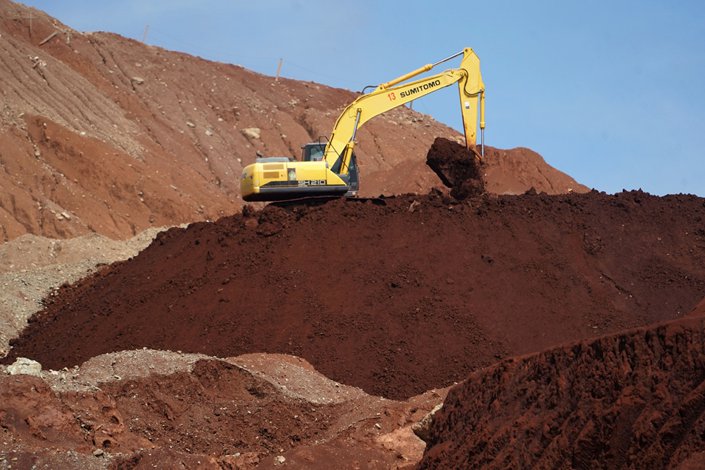 An excavator in a pit at a nickel mine operated by PT Citra Sejahtera Persada in Morowali Regency, Central Sulawesi, Indonesia, on March 17. Photo: Bloomberg

(Bloomberg) — Indonesia may impose a tax on nickel exports this year, President Joko Widodo said, as the biggest producer of the electric-vehicle battery metal looks to refine more at home.

Jokowi, as the president is known, confirmed that Southeast Asia’s largest economy was considering introducing a levy in an interview with Bloomberg News Editor-in-Chief John Micklethwait in Jakarta on Thursday. That came after an Indonesian government official said early in 2022 that the country was studying a progressive tax on nickel pig iron and ferronickel.