Opinion: Evergrande Offshore Bondholders Must Think Carefully About Their Own Exposure

By Jason Kang and John Han 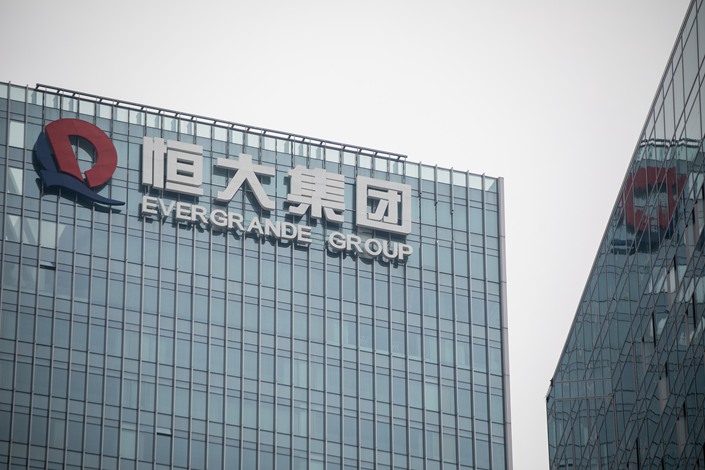 On June 27, Top Shine Global Ltd. (of Intershore Consult (Samoa) Ltd.) filed a winding up petition against China Evergrande Group, or Evergrande, in the Hong Kong High Court based on claims that the property developer failed to honor a claim for HK$862.5 million ($110 million). The hearing is scheduled to be heard on Aug. 31 August.

In response, Evergrande maintained that the petition would not impact its restructuring plans or timetable, originally promising the release of a preliminary restructuring plan for its offshore debt by the end of July 2022. To the dismay of its creditors, however, the company recently postponed its initial deadline, instead announcing its intentions to release the plan “within 2022” to allow its creditors and their advisors to complete “due diligence of the Group’s core business.”

Evergrande has yet to publicize in detail the reasons for the missed deadline, and it is unclear how much longer bondholders will have to hold out until the company deems itself ready to release preliminary restructuring terms. Due to the delays, it is also difficult to tell whether creditors are now more inclined than before to consider enforcement as a renewed option for value recovery on their claims.

These recent developments only serve to complicate the strategic considerations of bondholders. Due to delays in the publishing of the group’s annual results and disclosure of monthly contracted sales, bondholders have long been starved of up-to-date data on the company’s financial position. The colossal collapse of the property developer has left bondholders questioning the integrity of the Chinese property sector in the more generally, specifically the willingness and economic motivations of state-owned enterprises and agencies to ensure the survival of the group over time.

While offshore bondholders eagerly await the release of the company’s restructuring plan, the filing of the Hong Kong petition serves as a timely reminder that creditors do not have to stand idly waiting for the restructuring to unfold but should instead also assess the information available to them to process the likelihood of recovery and return on investment under alternative liquidation, restructuring, or enforcement scenarios.

A winding up order made in Hong Kong could, for instance, cause a cascade of cross-defaults under Evergrande’s other loan and bond covenants, creating obstacles to the success of the forthcoming restructuring plan (though not necessarily precluding success of the plan assuming there is widespread creditor support to waive the cross-defaults).

Furthermore, the recent aggressive interpretations taken by Hong Kong courts in respect of their broad jurisdiction to wind up companies based primarily in other parts of the world should be particularly troubling for creditors, considering the ramifications to the delicate restructuring process currently underway onshore.

Unlike secured creditors who have the benefit of standing at the front of the distribution line, offshore bondholders with no collateral must think strategically about the circumstances surrounding their own exposure, including but not limited to the following:

i.The prospects of a sound restructuring plan with agreeable terms of distribution;

ii.The current and future state of the Chinese property market, and the extent to which the government or state-owned enterprises are economically motivated to prop up Evergrande

iii.The specific terms of their bonds and loan documents, including the level of security granted to them, if any, as well as potential structural subordination in favor of other bondholders; and

In addition, offshore bondholders should give thought to the Hong Kong court’s recent determinations on liquidation applications and general attitude towards winding up foreign companies, in order to anticipate how likely the court will order Evergrande’s liquidation under the petition.

The Hong Kong courts have generally required three core requirements to be met before ordering liquidation, as set out below, but in exceptional circumstances (and notably in recent rulings) the court has been satisfied when only two of the requirements have been met:

i.The company has sufficient connections with Hong Kong (which typically comprises the presence of assets in the jurisdiction);

ii.There is a reasonable possibility that the winding-up order would benefit those applying for it; and

iii.The Hong Kong court is able to exercise jurisdiction over one or more persons in the distribution of the company’s assets.

To the extent that offshore bondholders are considering whether to support the winding up petition currently presented against Evergrande, or even to proceed with more activist monetization approached, bondholders ought to take into account the recent rulings of the Hong Kong court to determine the merits of their claim, specifically compared to their envisioned recovery under a traditional restructuring, “waiting-game” approach.

To determine their stance on the recent insolvency proceedings against Evergrande, offshore bondholders must consider carefully the circumstances surrounding their exposure as well as the potential conditions for — and obstacles to — a successful restructuring.

Jason Kang and John Han are both lawyers at cross-border disputes and investigations firm Kobre & Kim.