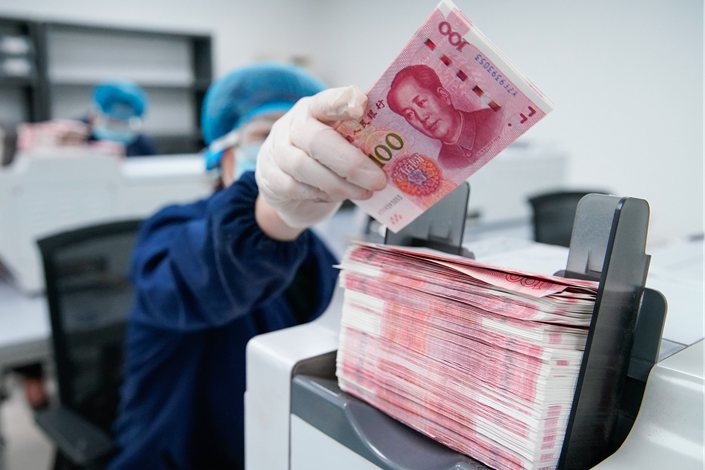 (Bloomberg) — China’s credit growth recovered in August from a record low after the central bank cut rates and pushed banks to lend more, but still-anemic household borrowing and the return of shadow banking suggest that real demand for loans remains weak.

Aggregate financing to the economy, a broad measure of new credit, was triple the record low in July, boosted by growth in new loans and lending through shadow banking, according to the People’s Bank of China (PBOC). The return of shadow banking and the fact that the stock of outstanding credit again grew at a slower pace than M2, the broadest measure of money supply, suggest that some of the liquidity in the financial system isn’t making it to the real economy.