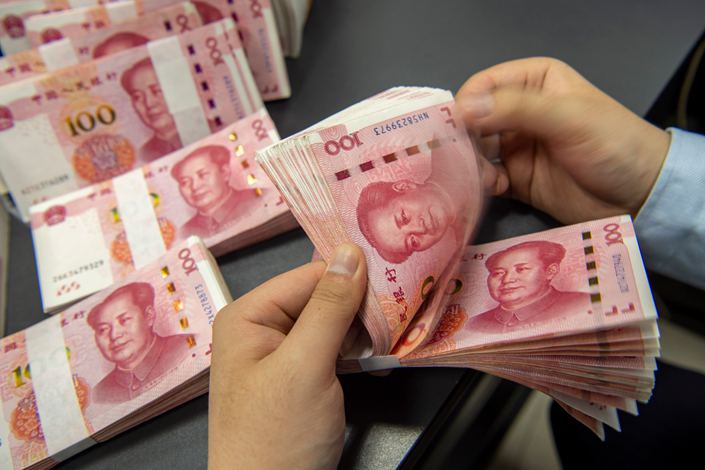 (Bloomberg) — The onshore yuan fell to the weakest level against the dollar since the global financial crisis in 2008, amid an incessant advance in the greenback and speculation China is toning down its support for the local currency.

The onshore yuan weakened 0.2% to 7.1955 per dollar, a level unseen in 14 years, while the offshore unit slid to the lowest level in data going back to 2010. The People’s Bank of China set a daily reference rate that was 444 pips stronger than the average estimate in a Bloomberg survey with analysts and traders. The bias was the smallest in two weeks, a sign that Beijing could be easing its support for the currency amid a surge in the greenback and plunge in global exchange rates.