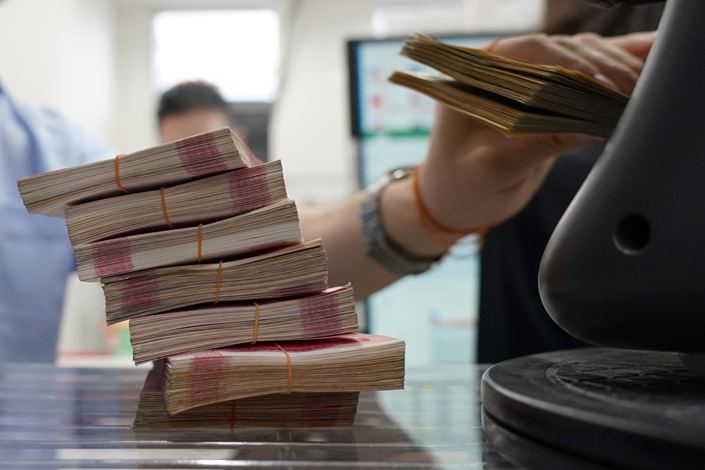 Bundles of Chinese yuan banknotes at the Ninja Money Exchange, operated by Interbank HD, in the Shinjuku district of Tokyo, Japan, on June 9. Photo: Bloomberg

(Bloomberg) — China’s onshore yuan advanced for the first time in nine sessions, after the central bank issued a verbal warning against currency speculation.

The currency advanced 0.3%, halting an eight-session slide around 3%. The gains came after the People’s Bank of China late on Wednesday issued a strongly-worded statement saying that speculators will definitely lose money in the long term and key market participants need to “protect the authority of the fixing.” It also set the fix at a stronger-than-expected level for the 26th straight session.