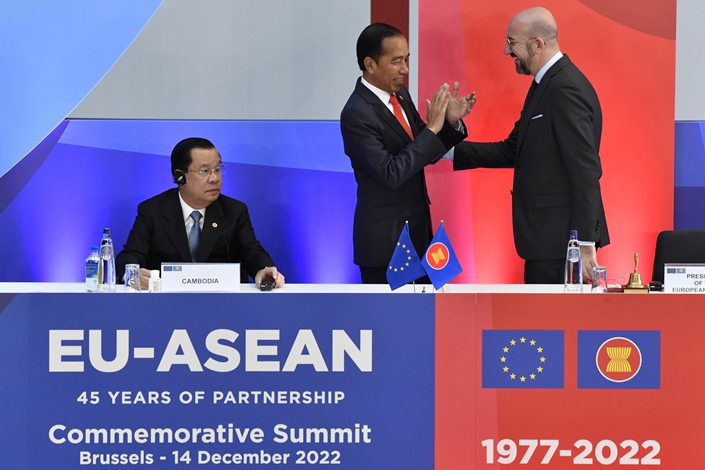 (Nikkei Asia) — Leaders from the Association of Southeast Asian Nations and the European Union resolved to cooperate more on everything from clean energy to security on Wednesday, as they gathered in Brussels for the first-ever summit between the blocs.

The meeting commemorated the 45th anniversary of diplomatic ties between the two groupings, and came as ASEAN and the EU increasingly see a confluence of interests, despite significant differences between them over issues such as human rights and Russia’s invasion of Ukraine. In a world increasingly polarized between the U.S. and China, both blocs are keen to chart their own strategic paths.