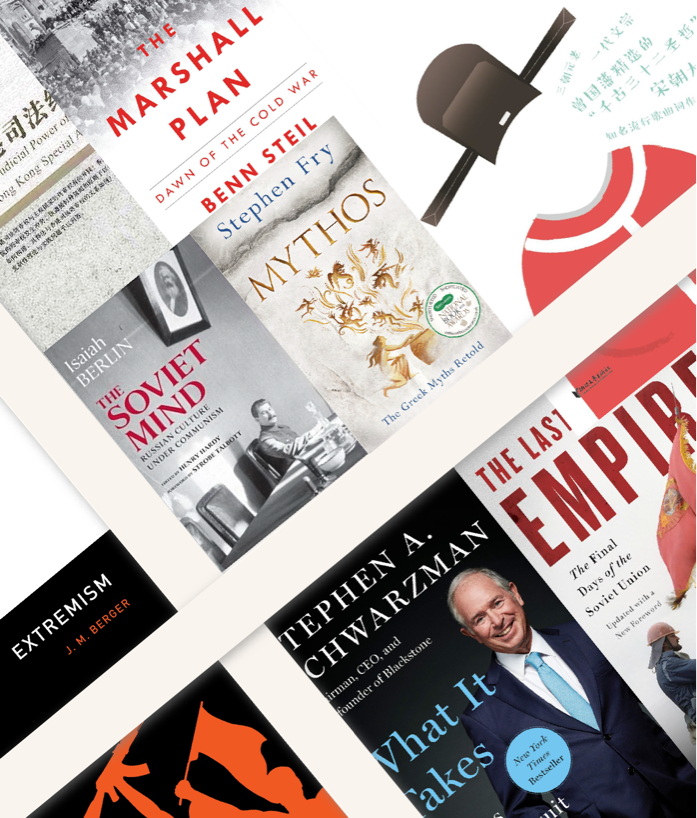 Best Books for the Holidays

From Defining Extremism to retelling Greek myths, the transformation of Chinese society to the final days of the Soviet Union, Caixin editors pick the best books for your holiday reading and listening. 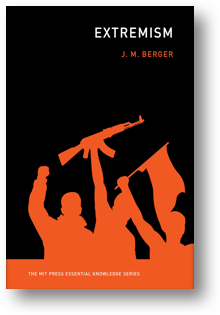 Using the theory of social identity, the author defines extremism as anything that divides people into “us” and “them” and assumes that the “us” must remain hostile to the “them.” He also offers an easy way to identify extremists: They are the people who think the “we” can never be extremists — only the “them.” The most difficult extremism to combat is racism, followed by religious extremism, which comes in second because it allows for conversion. Then there is ultra-nationalism, which is a group that cares most about which outsiders can join the “we.” － Wang Shuo, Editor-in-Chief, Caixin Media 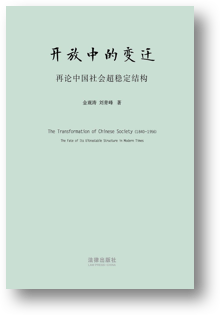 It is hard to imagine that this set of political and economic history books authored by Jin Guantao and Liu Qingfeng will be revived in the circle of young people in China’s financial industry in the past decade. Active in the 1970s and 1980s, Jin and Liu claimed to be a reflective generation and never stopped thinking. This book is an interpretation of the ultrastable structure in China’s modern history, following “The Cycle of Growth and Decline: On the Ultrastable Structure of Chinese Society.” No matter which generation or industry, we all need to build our worldview and value systems by getting to know the world, understanding the history, thinking about solutions to social issues and dilemmas. As Jin Guantao said in the book, neither capitalism nor socialism is the final form of social development. China has seen an ultrastable structure brought by its thousands of years of history and the feudal society. What is worth preserving and what needs evolution or even revolution are what we need to find out from generation to generation.－ Ling Huawei, Managing Editor, Caixin Media 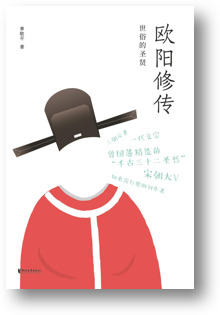 One of the most obvious differences between literature and legal writing is that the first retains the self-consciousness. I keep asking myself why Zhang, a lawyer and former reporter, wanted to write about Ouyang Xiu, as described in the book title, a secular man of virtue. Maybe because Zhang and Ouyang shared the same place, Anhui province, where Zhang was born and Ouyang spent his twilight years; maybe he saw himself in this man who lived in Song Dynasty about 1,000 years ago. Both were born in poverty but with many works to their credit — the trait of a traditional Chinese intellectual; or maybe Ouyang’s commitment to hold firmly to principle has inspired him. But in the end, I found out in his book: the two independent men have a soul of the “free and useless.”－ Gao Yu, Deputy Managing Editor, Caixin Media 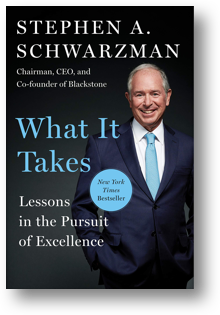 This autobiography of Stephen Schwarzman, founder and CEO of Blackstone, tells us of a winding path, rather than a straight line, to success. Here in China, we often describe startup founders as dogs who work around the clock. The difficulties and sometimes desperation are key words even for those who turn out to be the most successful entrepreneurs and investors. But the key moments will appear in these times of desperation. As Schwarzman noted: “Once you succeed, people see only the success. If you fail, they see only the failure. Rarely do they see the turning points that could have taken you in a completely different direction. But it’s at these inflections points that the most important lessons in business and life are learned.”－ Huang Shan, Associate Managing Editor, Caixin Media 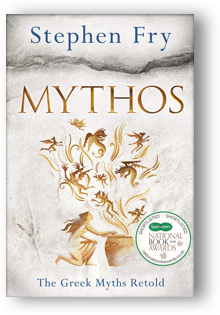 While many know British actor and comedian Stephen Fry for his TV performances, he is also an accomplished writer, having graduated from Cambridge University with a major in English literature. Fry is just as funny in writing, and has been nicknamed “Uncle Fry” in China. His “Mythos: The Greek Myths Retold,” published in 2017, is something of an “everyman’s Greek myths.” Based on the original classics, Fry’s vivid, lively tone and psychological descriptions leave every small demon and deity brimming with warmth and character. Mythos is a page turner, and Fry makes the philosophy behind the myths easy to understand. His retelling of Sisyphus juxtaposes the king’s optimism against his penal labor and resistance, making him relatable and allowing the reader to feel like the gods are by their side. － Li Qing, Associate Managing Editor, Caixin Media 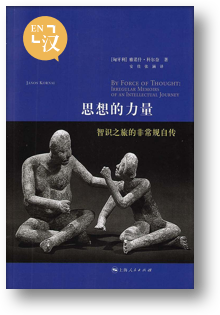 This is the autobiography of Hungarian economist János Kornai, whose 1979 work “Economics of Shortage” put forward a complete and rigorous analytical framework for a planned economy’s operating mechanism, which was an eye-opener for Chinese scholars and financial officials at the beginning of the country’s reform and opening-up policy. The concepts contained in the book, such as “soft budget constraint” and “paternalism,” still affect our thinking. He also influenced the mode of China’s economic reform by participating in the country’s influential 1985 Bashan Boat macroeconomic conference. He has paid close attention to and studied the transition of Eastern Europe’s former socialist countries for a long time. His theories are not fashionable now, but still do a good job of explaining some economic phenomena. As the title of the book indicates, this book focuses on his “intellectual journey.” The writing is concise and forceful, and an upright spirit is contained between the lines. That shows not only the power of his thought, but also the power of his personality. － Yang Zheyu, Editorial Editor, Caixin Media 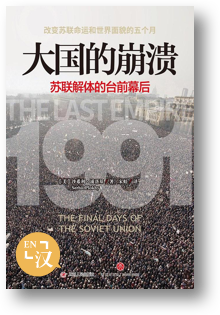 How did the Cold War end? Besides the discourse around “the triumph of the West,” what were the moment-to-moment feelings of the people inside Soviet Union during its last days? The book combines extraordinary storytelling with insights grounded in an abundant understanding of the history, culture and political dynamics across the USSR’s various republics. When celebrating the 30th anniversary of the end of the Cold War, we may not be surprised to see new tensions erupting along old fault lines if we look back to the clues presented by the very early days of the post-Cold War era. Revisiting that period of history might be the best way to equip ourselves intellectually at the potential dawn of a new Cold War. － Xu Heqian, International News Editor, Caixin Media 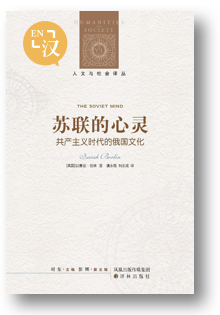 Isaiah Berlin is well known and respected in the Chinese intellectual community for his conceptions of positive and negative liberty, which are helpful when it comes to analyzing principles of daily practice. But it was only recently, when I read two books by him — “The Soviet Mind” and “Personal Impressions” — that I found out he is not only a philosopher, a historian of ideas, and a political theorist, but also an excellent character essayist. In his writing, politicians like Churchill and Roosevelt are brought down to earth from the heights of the political arena. His descriptions of Russian literature and authors are very literary, especially his long essays describing dialogues with poets Anna Akhmatova and Boris Pasternak, which fascinated me as I almost felt just like Berlin himself: “To this day, when I read their works, I can still hear their voices.” － Xu Xiao, Cultural Editor, Caixin Media 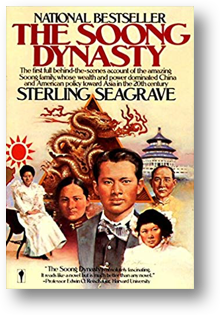 This account of modern Chinese history told through the lives of the three famous Soong sisters — Soong Ai-ling, Soong Ching-ling and Soong May-ling — was one of the first books I read on coming to Asia in 1986. I didn’t know much about China the first time I read the book, which is why I choose to re-read it more than 30 years later. It’s quite well-written and researched, since Seagrave is a former investigative journalist. His perspective as a Westerner, including his extensive research into the Soongs’ experiences in the U.S., provides a unique look into the family that had the biggest influence on China in the first half of the 20th century. － Douglas Young, Managing Editor, Caixin Global 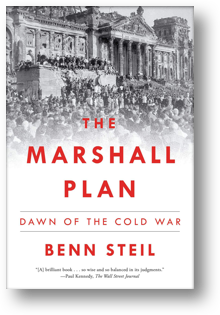 How does the U.S.’ Marshall Plan compare with China’s Belt and Road Initiative (BRI)? What historical lessons and experiences can China learn from the American initiative to rebuild Europe after the World War II? This masterwork by American economist Benn Steil is a must-read for China-watchers seeking a clear historical perspective from which to decode China’s massive infrastructure plan spanning from Asia to Europe. The Marshall Plan ultimately became a vehicle for the U.S. to exert its political influence over the continent; in time, it gradually led to the formation of a new European identity and cross-Atlantic relations defined by the creation of NATO and the European Union. Steil’s book illustrates how the Soviet Union’s erstwhile determination to crush the Marshall Plan carries lessons for understanding why China’s strategic competitors have pushed back against the BRI’s symbolic potential for Beijing to widen its sphere of influence across Eurasia. － Lu Zhenhua, Senior Editor, Caixin Global 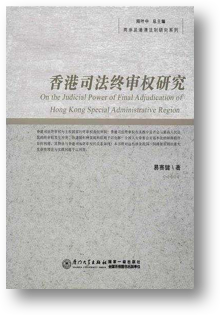 The robustness of the One Country, Two Systems principle relies on continuous improvement of lawmaking processes and statutory interpretation under Hong Kong’s Basic Law. How can the territory preserve its common law tradition and judicial independence in an executive-led political system? Who has the last say on the Basic Law — the Standing Committee of the National People’s Congress or Hong Kong’s Court of Final Appeal? How should we contain political contestations within the framework of the Basic Law? This book reviews how Hong Kong and Beijing interact over judicial power of final adjudication since the handover in 1997 and calls for an overhaul of the constitutional review mechanism. The author’s insights into the role of Hong Kong’s judiciary under One Country, Two Systems provide context and perspective about the current gridlock in the city.－ Tang Cheng, Conference Editor, Caixin Global