As we enter the third year of the pandemic, people are finding their own ways to get through it, and many are finding meaning and inner peace from the pleasures of reading. We’ve rounded up seven book recommendations from Wang Shuo, Caixin’s chief editor, that includes a mix of powerful works of politics and economics, as well as page-turning biographies, and more! 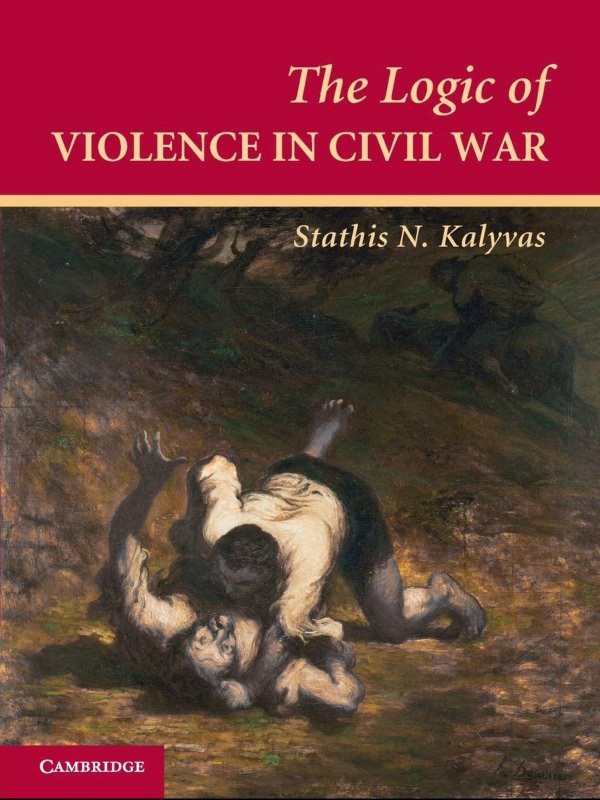 The Logic of Violence in Civil War
by Stathis N. Kalyvas

Author Stathis N. Kalyvas is a Yale professor, whose undergraduate reading classes I had once attended. I wouldn’t say he is a good lecturer, but he’s an excellent writer. While the title of the book is The Logic of Violence in Civil War, I would prefer to call it The Logic of Internal Political Violence, as the book’s subject matter is quite broad. Once internal fighting begins, everyone is in danger, and this brings incalculable violence. Thomas Hobbes once said that after the disintegration of social relations, everyone is everyone’s enemy. According to Helmut Schmidt, abstract violence based on ideology sweeps aside everything. However, neither of these explains it. Violence is actually caused by the diversity and intensity of social relationships. It finds the anchor of life for everyone, and it also provides a breeding ground for violence. Selective violence-reporting is the proof, pathological expression and reinforcement of social relations.

From Cold War to Hot Peace
by Michael McFaul

The most valuable insight from the book is that common sense prevails: Russian-American diplomacy is determined by the two countries’ domestic affairs, but that’s preceded by Russia’s domestic policies.
The author, McFaul, was formerly the National Security Council’s (NSC) senior director for Russia and Obama’s adviser on Russia. The first term of the Obama administration was a critical period for the U.S. to reshape its relations with Russia, with Obama and Medvedev at the helm on both sides, and the author as the main U.S. player. He pushed to restart relations between the two countries through a mix of tough and soft tactics, although those measures would certainly be criticized as being too soft under the current standard.
As a matter of fact, there was a prior reboot in bilateral relations during the Bush era.
After 9/11, the two countries experienced a honeymoon period. But Putin soon felt deceived with the continued expansion of NATO to the east, the U.S. invasion of Iraq, and the change of government in Georgia and Ukraine. Obama and Medvedev planned another reboot, which Putin did not oppose, but had no intention of participating in. Putin did not want to be in the gamble and could not stop Medvedev getting tricked.
McFaul says the direction of U.S.-Russian relations is largely influenced by the Russian leadership, but the book provides quite a lot details that gives the reader the feeling that the Russians are in for a trap once relations with the U.S. have improved. The Americans have too many tools under their disposal. Externally, they set up bilateral and multilateral tracks and arbitrage mechanisms, and internally, they’ve a Congress that reshuffles every two years, and a government that changes every four to eight years, with built-in reversal mechanisms. Authoritarian leaders do not like these factors, where the likelihood of being opponents is high (but the risk of falling into a trap is low) and being allies can easily lead to being duped. 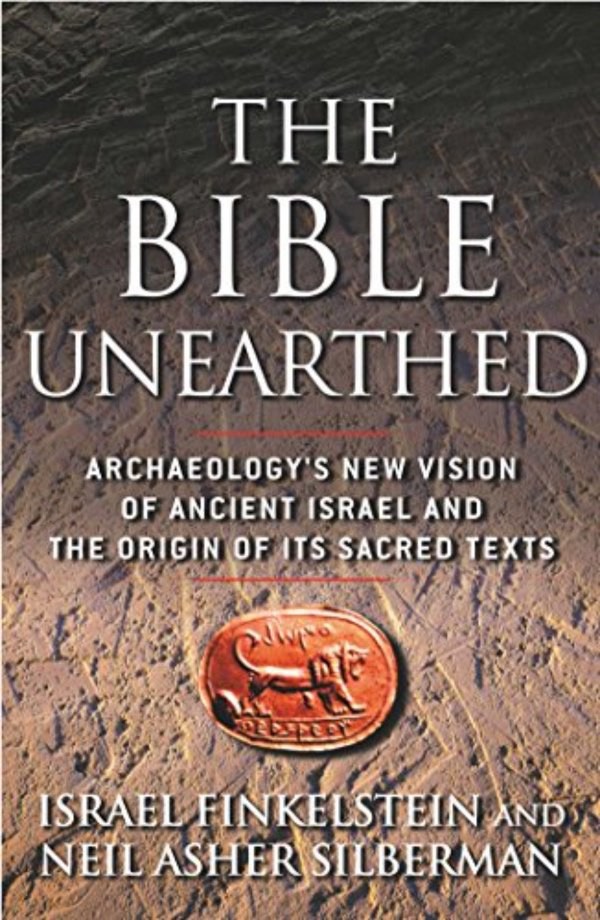 The Bible Unearthed
by Israel Finkelstein and Neil Asher Silberman

The two authors are Israeli archaeologists who compare biblical stories with archaeological discoveries in this book. They believe that the Pentateuch, the first five books of the Old Testament, was a project of rewriting history under the auspices of King Josiah during the restoration of the Jewish Kingdom in the 7th century BC. To serve the ambition of the Jewish Kingdom’s rise, they projected the political reality of the time and the aspirations of the Jewish Kingdom into the ancient times and created an epic, spanning Abraham’s ancestors to the Israelites return to the Biblical Promised Land. The authors said that this epic is absolute fiction that was derived from the history, stories, folklore, and myths of all the Semitic people living in Canaan, for King Josiah to lead the entire Jewish nation to conquer Assyria in the north and Egypt in the south, and rule the entire Canaan. In short, the Bible originated from a time of reform in the Jewish national consciousness. 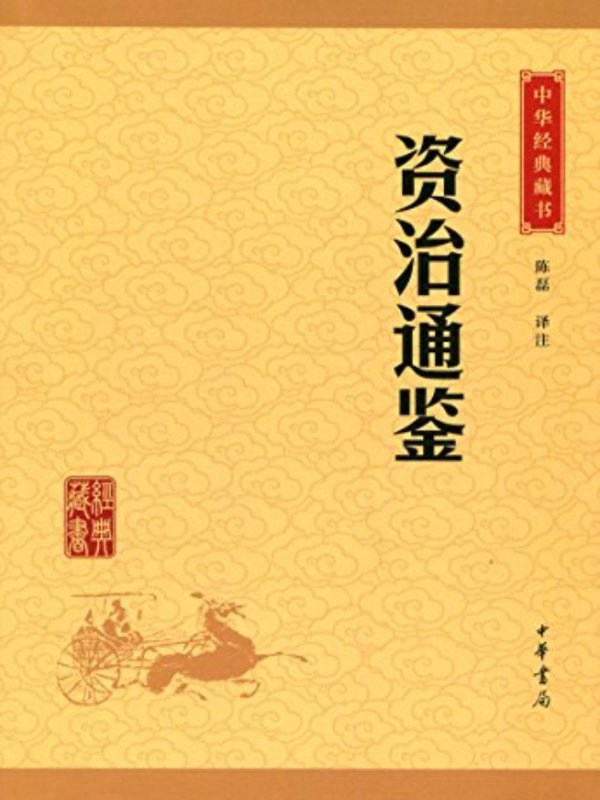 When there aren’t any books on the to-read list, books on history make for good re-reading.
The more you read about the history, the more you refresh your mind. People change but history doesn’t. This year, I read this book again with a different approach. Recently, I preferred the chapters of Wei, Jin and Northern and Southern Dynasties with several contemporary works. I read them in quite a slow pace. History tends to repeat itself, especially when it comes to tragedies. On occasion, there will be decades of stability and development. Reading history to understand the reality seems reasonable but is more often unwise — it’s like taking a K-line as a stock market guidance, neither artistic nor scientific, but by chance. Commentaries on historical materials are always insightful. Mr. Xu Jilin’s wrote in his book review, “From a patriot in his younger days to a traitor in his later life, from being respected and commemorated to becoming infamous, only few modern Chinese figures had experienced such a dramatic reverse in belief and image like him. Was Wang Jingwei corrupted by the power, or driven by hidden character flaws that activated by the lust for power? There’s much research on Wang Jingwei conducted by scholars in mainland China, Hong Kong, Taiwan, Japan, Europe and America, but few provide satisfactory outcomes. It was only after I found the book Probe into Wang Jingwei’s Political Career, written by a young Hong Kong scholar Li Zhiyu and published by Oxford University Press (HK), that I found, with delight, my answer to the mystery of Wang Jingwei: His rising to the top and subsequent fall was a result of consistent traits in his personality.

The book is written by a Chinese scholar and reveals, in layman language, how the Chinese economy’s biggest actor — the government — plays its role in keeping pace with the country’s economic development. If I were to guess, the title of the book has two levels of interpretations: one level is to put oneself in the situation to understand the actions of the government, and the other, is to grasp how the consequences impact everyone. 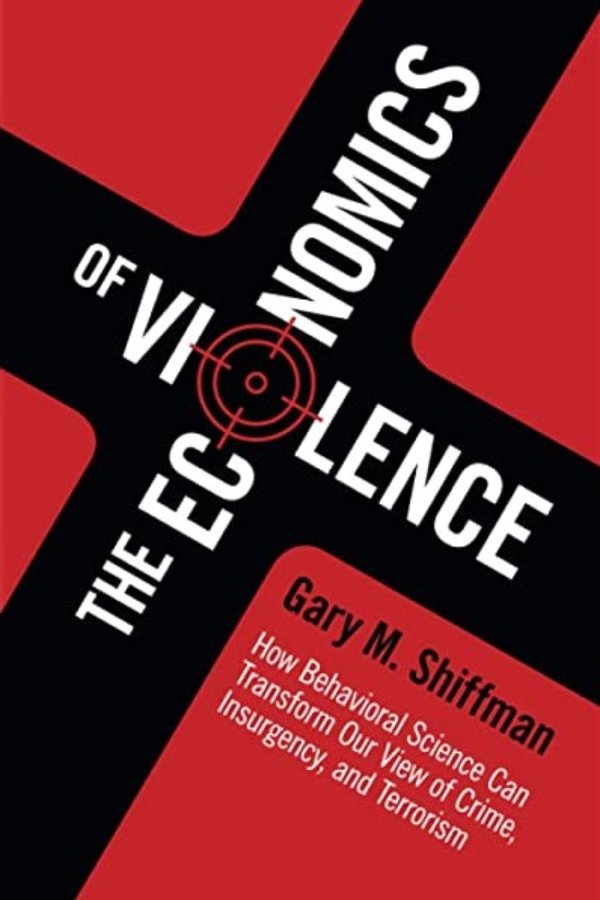 Terrorism, rioting, and drug trafficking activities seem different on the surface, but essentially, they boil down to organized violence.
When and how organized violence manifests itself depends on the choice of each individual. More importantly, it depends on the leader of the organization when faced with the “market,” which is the sum of incentives and constraints. It can be either a drug trafficking organization that uses terrorist attacks or a terrorist organization that involves drug trafficking. Islamic State (IS), for example, has undergone several transformations, from a terrorist organization to a riot organization, and then, driven by good timing and ground conditions, to a quasi-state organization.
The primary cause of the organized crime formation is that there is an alignment of the right timing, location and people. When people are labeled by groups, the natural divide between “us” and “them” is a sure breeding ground for organized violence, and when the time is right, it appears.
Conversely, the origin of organized violence is not based on identity, religion, greed, grievance, or the desire for power. Although all of these have strong relevance, their main application is the tools employed by the leader to mobilize and organize. An excessive focus on these factors is not conducive to fighting organized violence, because the long-term progress will be poor due to narrow targeting.
The market will have its key players, just as a power vacuum will get filled.
Hence, to define what an adversary is: an adversary is a one that is formed under the right ‘market’ conditions and then deteriorates into organized violence.
In defining the tactics, one cannot set up barriers in differentiating counter-terrorism, anti-drug and traditional warfare. It has to be integrated battle on all fronts.
In defining ‘victory’, it is no longer about defeating the number one enemy in the “market,” as they will always be replaced by the next contender. A victory is to frame enforceable “market” rules based on your requirements.