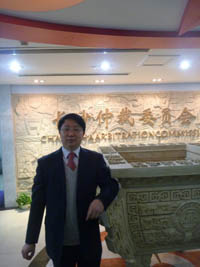 
The provincial justice department official pounded a table, demanding that the lawyer before him, Yang Jinzhu, immediately yank a sensitive blog posting off the Internet.

It was the afternoon of September 30, just a few hours after Yang had uploaded an article entitled Dare to Ask Which Comes First on his personal blog site.

An experienced and well-connected lawyer, Yang had rocked China's legal establishment with a critique calling for the resignations of top justices at the Supreme People's Court. His demands were laced with angry comments such as "rule of law in China is dead," and he said he would "launch his non-violent protest activities starting October 8."