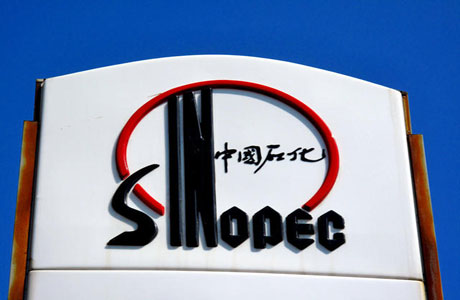 After the Chinese New Year, China Petroleum and Chemical Corp. (Sinopec) announced plans to restructure its sales assets, estimated to be worth over 300 billion yuan, to introduce non-state investors in a mixed-ownership pilot in which not less than 30 percent of shares of a new company will be offered to investors.

Another oil giant, China National Petroleum Corp. (CNPC), has also promised to invite private and other non-state investors to jointly develop blocks with estimated reserves of 600 million tons of oil. The company said it would allow investors to hold up to 49 percent of the projects.

The news has excited the market because both companies have offered up their best assets for the pilots. Industry experts said Sinopec's assets in refining and sales are quite competitive, while CNPC is stronger in upstream oilfield development.

In a previous round of SOE reforms launched in 1998, the top three oil majors, CNPC, Sinopec and China National Offshore Oil Co. (CNOOC) underwent asset restructurings and went public abroad. But shortly thereafter reforms came to a halt. The competition that policymakers wanted to bring about never happened.

One senior industry insider who participated in the previous round of restructuring said reformers missed a golden chance. Had reforms been thoroughly implemented a decade ago, the country's economy would be picking up speed and there would be enough profits to absorb the initial costs of reform. Now, however, the economy is slowing and further reforms will inevitably involve compensation that comes with layoffs and cost cutting, adding more uncertainties.

Assessments of Sinopec's retail assets have already begun. The initial plan is to set up a new company to include all downstream business in which outside investors will be invited. Those assets include over 30,000 gas stations, urban pipelines connected to stations, oil storage facilities and 20,000 grocery stores in gas stations. Sinopec's chairman, Fu Chengyu, said the asset assessment can be completed in the first half of this year.

The assets are expected to be valued in the hundreds of billions of yuan and be of sound quality. Company data shows that as of mid-2013, the book value of Sinopec's sales-end assets was near 180 billion yuan. A research report by China Galaxy Securities indicates that Sinopec's earnings before interest and taxes from its sales of refined oil have been between 40 and 45 billion yuan annually in recent years. Assuming a 10-fold price-to-earnings ratio, the market value of Sinopec's sales-end assets is at least 400 billion yuan.

Analysts say Sinopec's sales assets are the company's most valuable because profits are the most stable, given the rigid demand from individuals and industries. Although the country's economic growth is slowing, consumption of refined oil continues to rise.

Of the country's more than 90,000 gas stations, Sinopec owns 30,000 and CNPC 20,000. As in retail sector, gross profit margins in oil sales are not high. Statistics for 2013 show Sinopec's operating profits from sales of refined oil were 37 billion yuan, with a gross profit margin of only 5.5 percent. Most in the industry, however, assess assets based on return on equity (ROE), and many industry insiders say this portion of Sinopec assets has an ROE of over 10 percent.

Most SOEs have reported sound financial performance due to support from banks, but many have amassed enormous debt over years of expansion. Even though Sinopec is a relatively profitable SOE, recapitalization can still help optimize its financial structure. Sinopec had debts in the third quarter of 2013 of 719.6 billion yuan, for an asset-liability ratio of 54.5 percent.

Sinopec's board has agreed to sell 30 percent of the new company.

"Our current primary consideration is that the assets of this portion of the company are too immense, so if we calculate the funding scale based on a 30 percent proportion, that will be over 100 billion yuan," said Fu. "Besides that, we're still not sure how great public enthusiasm currently is for investing in our company. If there is great eagerness for subscriptions, we can offer even more."

Fu said this is merely a beginning. There is no rule for the proportion of shares that can be sold to outside investors. "However," said Fu, "we have reached an agreement with the State-owned Assets Supervision and Administration Commission (SASAC) that the state's share in the company not fall below 51 percent. In my personal opinion, 51 percent is nothing more than a temporary issue."

With a nationwide network of gas stations, stable returns and a healthy cash flow, the sales-end assets of Sinopec are an attractive opportunity for investors. Sinopec plans call for two kinds of investors: strategic and financial.

"Strategic investors can support the company's business at upstream and downstream ends, opening up new markets and business," Fu said. "They bring about immediate value increases. Financial investors are interested mostly in returns. I place more emphasis on strategic investors."

One trader close to Sinopec said that the threshold for individual investors might be 10 billion yuan or more, and that smaller companies will have to form financial groups to buy in.

British oil giant BP has been watching Sinopec's restructuring. It already operates over 400 gas stations with Sinopec in the eastern province of Zhejiang. One BP China employee said BP will consider buying in so long as the company is granted a certain degree of say in decisions. Fu has said he is open to foreign investments, but he is "more welcoming to complementary strategic investors, not competitors."

Several sources said that many companies have been in contact with Sinopec regarding the restructuring, including investment company Fosun International Ltd., Internet giant Tencent Holdings, property develop Shanghai Greenland Group and insurance companies.

What growth can new investors expect? As refined oil wholesale and retail businesses have become stable, there is not much room for sales to grow in response to changing economic circumstances. It is the company's non-oil businesses, for instance, the retail stores attached to gas stations, that will present potential investors with room to grow. Most of Sinopec's non-oil business income is from its 20,000 Easy Joy gas station convenience stores. In the first half of last year, the company earned 6.58 billion yuan from non-oil business, a year-on-year increase of 20.5 percent. This may be impressive, daily sales at individual stores averaged only 1,800 yuan.

A major consideration for private enterprises when cooperating with SOEs, especially massive centrally operated ones like Sinopec, is whether they will have a say in making decisions. Initial plans indicate that 30 percent of the new company will be divided among at least 10 companies. Investors will naturally want to know who gets seats on the board of directors.

Sinopec's opening of its sales-end sector to public investment may only be the beginning. Fu's long-term goal is to transform Sinopec into a holding company. Eventually he wants to establish about 10 mixed-ownership companies under the Sinopec umbrella, and each company will have a say regarding policies and personnel decisions.

Since 2011, when Fu, the former head of CNOOC, was appointed chairman of Sinopec, he has initiated a series of asset restructurings in the company, especially in the refining and engineering sections. Fu once argued that Sinopec has entered the "deep zone" of reforms, and more asset restructuring and public listing can be expected.

Petroleum companies should adopt specialized development, Fu said. "Sinopec's industry chain is particularly long, but there's no need to fuse all the links together. As everything is inside one basket, we are unable to amply reflect the company's value."

Sinopec is among the first major SOEs to attempt a mixed-ownership pilot. But its plan to introduce non-state investors is not so much about breaking a monopoly as adjusting interest distribution. Industry regulations say private investors can operate gas stations, but the Big Three state oil firms' dominant role in upstream development and pricing have hindered private investors from entering the downstream market.

Therefore, whether the reform process goes smoothly will depend on coordination among different governments departments and the order reforms take.

The ideal order of reforms would be to first relax market entry barriers and introduce more competition, and then to allow that competition to determine supply, demand and pricing. During that process, efficiency will hopefully increase, profits going to monopolies would fall, and property rights issues would resolve themselves.