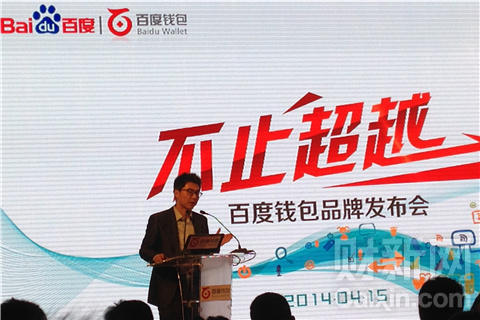 (Beijing) – Search engine giant Baidu Inc. has thrown its hat in the third-party payment arena with the launch on April 15 of Baidu Wallet.

Baidu Wallet will compete against Alipay, which is run by Zhejiang Alibaba E-commerce Co., and Tenpay, Tencent Holdings' offering.

Baidu Wallet will focus on payments made with mobile devices, the company said. The mobile payment market will require at least three to five years to mature so it is not too late for Baidu to enter the field, said Zhang Zhenghua, the general manager of Baidu's payment branch.

Baidu Wallet – like Tenpay – will not have an app, rather it will be embedded in other apps like Baidu Maps.

"Baidu has added more than 100 million users for each of its 14 apps in one and a half years," Baidu vice president Li Mingyuan said. The company now has 600 million users, he said.

The company said it will use a coupon campaign and other promotions to get people using Baidu Wallet.

The payment service will also be linked to other Baidu services like Bai Fa, the wealth management product the company launched late last year, Zhang said.

"Baidu has both a payment license and a financing license," he said. "Baidu will integrate its platforms, adding the financing service to the payment service."

Its goal is to build a complete online payment system like Alibaba and Tencent have, experts said.

Baidu and 26 other companies got a license from the central bank to handle online payments in July. It also got a license to offer e-financing services.

The central bank has issued 250 licenses to handle online payments as of July as the country's e-commerce sector grows rapidly.