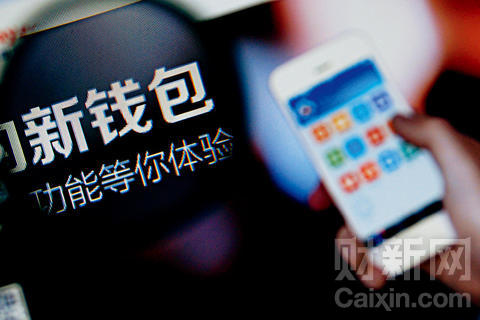 The report was published on April 15 by the Inner Mongolia Junzheng Energy & Chemical Industry Co. Ltd., a shareholder of Tianhong. Tianhong's growth came after it started cooperating with Alibaba Group to launch the online money market fund Yu E Bao in 2013.

Yu E Bao's success has prompted many fund companies to cooperate with Internet companies. "From the second half of last year, the growth of funds all came from Internet platforms," one fund company employee said.

As of April, the country's fund companies were offering a total of 938 billion units, which were worth about 1 yuan. This was up from 360 billion units in June 2013. The advent of Yu E Bao contributed 500 billion units to the increase, data from Shanghai Wind Information Co. Ltd., a financial information provider, show.

"It's a process for Internet companies and fund companies to utilize each other, and only the companies that have customers will win out," said the fund company employee.

Tianhong was established in 2004. In the three-year period from 2010 to 2012 it had average annual losses of about 10 million yuan. Then in June, Tianhong and Alibaba partnered on Yu E Bao. Within a month, Yu E Bao had more than 2.51 million users investing 6.6 billion yuan.

The success of Yu E Bao prompted other fund companies to pursue deals with Internet companies on similar investment products. In October, China AMC cooperated with Baidu Inc. to launch Bai Fa, and in January China AMC and Tencent Holdings partnered on Caifuntong.

Since Harvest Fund launched a product with Baidu in December, some 10 billion units have been sold. On March 25, China Universal Asset Management Co., Ltd. cooperated with Tencent on another money market fund, and on March 27, Harvest Fund and Penghua Fund put products on JD.com.

Tianhong had to agree with most conditions set by Alibaba when they made their deal. When four fund companies went to Tencent to talk about cooperation, Tencent asked to get a 15 yuan fee for each customer it brought to fund companies. Only China AMC accepted this condition.

China AMC's money market fund became the first to be offered on Tencent's popular messaging app WeChat. Within three months, some 10 billion units of the money market fund's 90 billion total had been sold through the app.

"When a fund is worth 10 billion yuan, the management fee could reach 33 million yuan," another employee of a fund company said. "Even though the company has to pay the online platform 15 yuan for each customer, the fund company can also make money."

A senior employee of China AMC, Zhao Xinyu, said the fee sought by Tencent is not 15 yuan for each customer, but he did not give more details.

Banks also charge Tencent for each money transfer between WeChat's payment system and bank accounts at a rate of 0.15 percent to 2 percent. One account can make many transactions, and the 15 yuan fee might even not cover the bank charges, Harvest Fund's deputy general manager, Li Songlin, said.

These e-money market funds also face questions when investors sell units. The settlement period for a trade is from 9 a.m. to 3 p.m., but users can sell and withdraw money at any time.

Yu E Bao has promised sellers they can get their money as soon as the trade finished. That money comes from Alipay, which then has to wait to get its money from Tianhong.

Alipay covers the prepayment, which might involve more than 10 billion yuan a day. However, other fund companies, such as China AMC, have to prepay the money themselves. If they do not have enough, the fund company may have to borrow from banks.

The volume of trades every day is different and hard to predict, meaning the fund companies might suffer a loss on interest when a large amount of money borrowed but not used.

Tencent said on April 1 that sellers could get their money for trades made before 5 p.m. each day. If sales are made after that, they get their money the next day. One account is allowed to make three transactions a day, with each trade not exceeding 20,000 yuan. Before, accounts could sell five times, and each trade could not exceed 50,000 yuan.

Harvest Fund said it expects to deepen its cooperation with Baidu and e-grocer JD.com. Li said Harvest Fund intends to launch an option to buy and sell stocks on Baidu.

Li said JD.com is important to Harvest Fund because the e-grocer's online payment system is similar to Yu E Bao's, meaning the money does not need to go to bank cards and can be used to buy goods.

In October 2013, Alibaba invested 1.18 billion yuan in Tianhong for a 51 percent stake.

"Alibaba can deepen its participation in the management of Tianhong through the investment," Li said. "Only when it controls the customers and the capital in Tianhong, can Alibaba controls the risks."