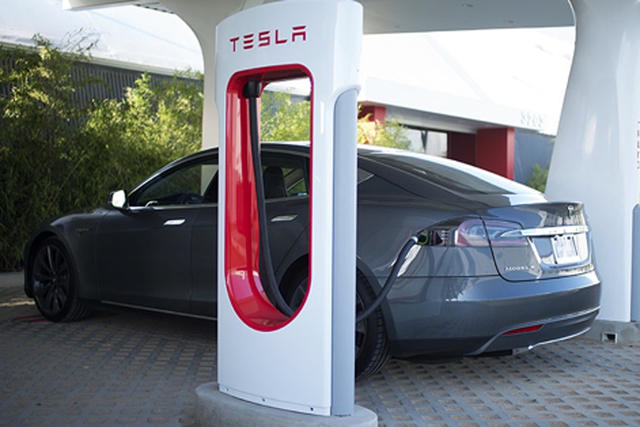 (Beijing) – Disappointed by a lack of recharging facilities for electric cars made by Tesla Motors Inc., one of the first Chinese owners of the company's Model S took matters into his own hands.

Guangdong-based businessman Zong Yi started a campaign to build what he said is the first "electric vehicle charging road" in the country, with recharging facilities in 16 cities from Beijing to Guangzhou. He paid for every recharging station along his indirect, 5,750 kilometer route himself.

What began as a way to get his car home from the dealership became a demonstration of the power of Internet-based organizing and a grassroots alternative to government-backed charging facility projects.

When Zong, 44, took delivery of his vehicle in Beijing in the spring, he faced a problem: with recharging facilities absent outside of Beijing and Shanghai, how could he drive home to Guangzhou? His first idea was to bring a charger with him and ask to use power outlets at the hotels he stayed at along the way.

Zong quickly changed his mind. He didn't just want to drive back home once, he wanted to set up a route that could be used by future drivers of e-cars.

Zong contacted Wu Bixuan, the Tesla executive in charge of China operations, and told her that he wanted to buy 20 recharging facilities to give away along the road to Guangzhou. He also posted notices on popular networking site Sina Weibo, China's answer to Twitter, and through the popular messaging app WeChat seeking property owners along the route with a spare parking space near a heavy-duty electrical outlet.

Zong would then donate and install the chargers in the space and mark it on an online map of his "China Electric Road." The owners of the parking spaces could decide whether to charge a fee or offer the service for free.

"If we install at hotels, we can handle everything on our own and avoid dealing with property management, power companies and the government," Zong said. "Seven hours of charging costs the property owners about 30 yuan in electricity. But if the driver has a meal or spends the night at the hotel, this can become a profit model."

Zong got over 500 responses to his social media campaign, so he added more conditions: four-star hotel, free parking, locations that were easy to find. He then chose spots in 16 cities.

Zong admitted the network is not without its problems. The recharging facilities can handle Tesla cars and e-cars from other companies, but their spacing – from 100 kilometers to 400 kilometers apart – is too much for most electric cars. Tesla's Model S can travel 500 kilometers per charge.

Moreover, Zong installed slow chargers, not the newer rapid-charging stations that both Tesla and the government are focusing on. A full charge for a Model S at one of Zong's stations takes at least eight hours, requiring overnight stays at every stop.

Despite these shortcomings, Zong is optimistic. "If I can get through this meandering trail from Beijing to Guangzhou, I think it won't be hard for more daring entrepreneurs to get into action," he said.

When asked what his network cost, Zong gave an indirect answer, saying it was twice what he paid for his e-car. A new Tesla Model S costs at least 730,000 yuan.

Zong started his trip from Beijing to Guangzhou on May 25. Another person driving a Qin plug-in hybrid, the newest model from domestic carmaker BYD Auto Co., joined him. As Zong's car passed Tiananmen Square, it sported a banner reading: "I don't use any gas!"

In Qingdao, a port city in Shandong about one-fourth of the way to Guangzhou, Zong parked his Tesla on a public square in the city center, attracting a crowd of curious onlookers. Later, in the central city of Wuhan, he delivered a speech at a university promoting free charging services for electric cars.

"I think I'm the best sales manager Tesla has," he said. "There was just so much interest along the way. I must have sold at least 150 cars."