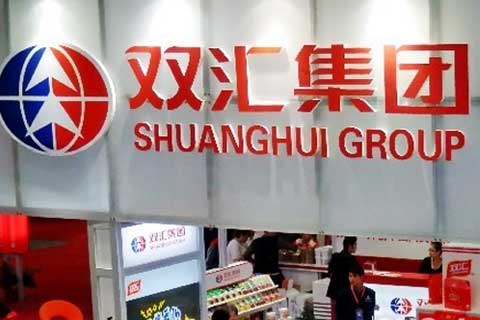 The episode comes at a time when WH Group, formerly known as Shuanghui International Holdings, is preparing to go public in Hong Kong.

Shenzhen-listed Henan Shuanghui Investment & Development Co. Ltd. said it has filed a police report on videos and messages that the firm said were false and defamatory.

The firm named one video that purportedly was shot in factories for "a big American meat producer," which shows workers using rats to make ham sausages, among other gross violations of food safety regulations.

The video emerged online in June and was widely circulated in online forums and WeChat, a popular messaging app, Henan Shuanghui said.

Other messages include one predicting a sharp fall in the company's share price because of losses in the second quarter. The firm blames the messages cited by online media on July 10 for the drop in its share price the same day. Shares closed 1.4 percent lower to 31.64 yuan per share, the lowest level in the year to date.

"Wan has been in good health and is currently working a normal schedule in Hong Kong," Liu Jintao, Henan Shuanghui's spokesman, said.

"Claims about the firm suffering a significant loss in the second quarter of the year are utterly baseless as well," he said.

The firm did not say where the messages originated from, but said Shenzhen Juhuashang Technology Co., Ltd., a firm in the southern province of Guangdong, promoted the messages twice in a month. Juhuashang provides Internet advertising and marketing services.

"We do not yet know the real motivation behind the company's moves using its official (WeChat) account to smear Shuanghui," Liu said.

He said the claims have severely damaged Shuanghui's reputation and the company intends to take action against the rumormongers, he said.

WH Group had proposed a listing plan in April but investors thought the price was too high. It resubmitted a revised plan to the Hong Kong bourse on July 10.

Both the offering price and the target of fundraising were cut in the new proposal, a source close to the situation said. If it goes through, the firm could list next month, he said.