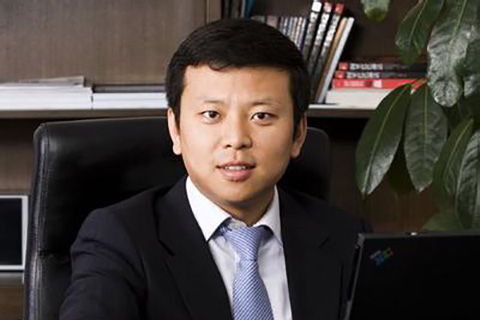 (Beijing) -- The Internet TV industry has ran into policy barriers lately, with major players finding it hard to implement plans to take over the living room, which has long been dominated by the traditional TV industry.

The strict rulings covering Internet TV content have frustrated companies such as LeTV Media and Technology Co. Ltd., which had to change set-top boxes to comply with regulators. Companies like LeTV intended to offer audiences content with set-top boxes by cooperating with license providers, but that model is in doubt.

LeTV partnered with Chongqing Radio and Television Group in the hopes of breaking through the policy siege with the help from the traditional TV industry.

So, how can Internet companies work with license providers to find a business model that meets regulations and yields a profit?

Shao Yiding, CEO of Union Voole Technology Co. Ltd., an Internet TV service provider, said it is not necessary for Internet companies to seek growth by playing games with policies. Instead, they should seek opportunities within regulations, Shao said.

Internet companies could cooperate with each player on the industry chain and make the cake bigger, Shao said. Then they can fairly distribute slices based on who is making contributions.

Founded in 2006, Union Voole Technology Co. used to build digital entertainment platforms for telecom operators and radio and television operators, and provided content delivery and operational support for the platforms. In 2009, it got rid of Internet video service because it could not find ways to charge for it, and it then focused on Internet TVs.

In 2011, the company cooperated with Southern Media Corp., one of the seven licensed Internet TV providers, to form a joint-venture company, acquiring a variety of films and television content and selling them to TV manufactures such as Skyworth, Haier, TCL, Changhong and Samsung. It now owns more than 4,000 films and 25,000 episodes of TV shows.

It's a safe model, but it is limited, Shao said. Below are excerpts of an interview Shao gave to Caixin on the recent policy changes for Internet TVs.

Caixin: How do you view the recent moves by the State Administration of Press, Publication, Radio, Film and Television on Internet TVs?

Shao Yiding: It's not "strict control," as many people say. It's just an old policy that has been implemented. Document 181 was released in 2011, specifying that Internet TVs can't go around integrated broadcast platforms and connect directly to the Internet. These rules also indicate the state's recognition of the Internet TV industry.

Why were Internet companies allowed to develop outside regulations for so long even though document 181 was released three years ago?

Sometimes the effect is only seen after a certain degree of development. Internet TVs became hot only in 2013, when LeTV and Xiaomi Inc. rose to attention. The whole Internet TV industry has been put under the spotlight and the industry's scale has grown. The industry is now slightly losing control, with a large number of fake products, smuggled products, and pirated and obscene content on the market. I think it's reasonable for regulators to step up at this time.

Regular video websites have received licenses from the media watchdog to disseminate audio-visual programs online, and they can examine content themselves. But why do the license providers have to review them for Internet TV?

Personal computers, mobile devices and televisions are different screens. The first two are more private and are often used by individuals, while televisions are often watched by people gathering together, so the content can't be embarrassing. Video websites might allow obscene and pornographic content for eye-catching reasons and with business motives.

Internet companies usually focus on the "Internet" part of Internet TV, but the problem is, the country has already told you it's more of a TV than "Internet." It's the traditional television industry with a new transmission channel, and it should follow the rules of television industry.

Is the room for Internet companies now very limited?

Internet companies can do better within the boundaries. There is a lot more to do than broadcast control. The user experience of some Internet TVs is not so good. TV users have high requirements for the definition of picture, while the current smart TVs don't have hard disks or high-performance processing chips like computers do. Background distribution technology is also different with personal computers, so a specific solution targeted at Internet TVs should be researched and developed.

Some video websites think only providing content and not running the operation has a much lower value. They think license providers will benefit the most from the Internet TV industry. What do you think?

Each part of the industry chain might have different power. The license provider might be stronger, or the content provider, or even distributor, and whoever contributes the most gains the most. It's fairly distributed by the market. It won't be a sustainable business in the long run if one player in the chain is treated unfairly. And also, it's not time to split up shares yet as the Internet TV industry has just started. Each party should make the cake bigger together and then that would in turn boost each one's interest. If everyone thinks about its own share, the industry will not grow big.

But the problem is some license providers have started to take their shares, for example charging fees for Internet TVs, ranging from 10 yuan to 200 yuan.

License providers should not seek rent with the rights given by the country. It will do harm to the development of the whole Internet TV industry. License providers are just seeking quick success and instant benefits if they only sell licenses. We should develop benign rule at the early stage of the industry's development, and promote healthy growth.

We split up our jobs and complement each other. Southern Media Corp. reviews and manages the content, while Union Voole is in charge of content distribution, backward technology and market promotion. It's just like the license provider, as a big boss, opens a restaurant, and hires an outside team to help run the restaurant, but the food control is in the hand of the big boss.