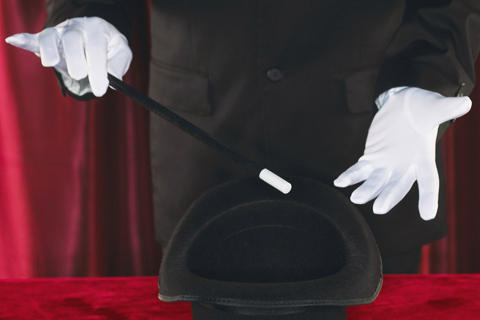 The oldest son of China's former security chief Zhou Yongkang, as yet the most powerful figure to fall in a government campaign against corruption, has himself been targeted together with his investment firm by anti-graft investigators.

Caixin learned the 42-year-old son Zhou Bin and his wife – a 43-year-old American named Huang Wan – were detained in December, seven months before the father's demise. Huang's father, Huang Yusheng, has reportedly disappeared, and her mother, who lives in California, has been implicated as a possible accomplice. At least three of Zhou's business associates have been detained, too.

Zhou apparently knew well in advance that he and his firm were in the crosshairs of the nationwide campaign led by the Communist Party's Central Discipline Inspection Commission. Zhou had hired two attorneys about a month before authorities nabbed him in a villa near the Beijing airport. Contacted by Caixin in August, neither attorney would comment.

Zhou apparently used his father's influence and personal connections in the petroleum industry to build a personal fortune through his firm – Beijing Zhongxu Yangguang Energy Technology Holdings Co. He formerly served as the firm's chairman and today remains its largest stakeholder.

Zhou was born in the Liaoning Province oilfield city of Panjin, on the Liao River, but moved to Beijing when he was about 13 years old after his father was called to the capital to serve as the nation's deputy minister of petroleum. He attended Southwest Petroleum University in Nanchong, Sichuan Province, and in 1993 went to graduate school at the University of Texas at Dallas.

In Texas, he met Huang Wan, whose English name is Fiona. She had moved to the United States from China with her parents when in high school and became a U.S. citizen. She is a granddaughter of a famous geologist, Huang Jiqing.

After marrying, Zhou and Huang returned to China in 2001. He got a marketing job at Schlumberger Shenma Information and Technology Co. Ltd., a software developer that also makes bank and phone cards.

In 2004, while living in Beijing in a middle class apartment complex called Huating Jiayuan, Zhou launched Zhongxu as an investment firm with legal representative Zhao Ming and 1 million yuan in registered capital. His mother-in-law, Zhan Minli, was listed as the main investor, putting up 4 million yuan for an 80 percent stake.

Zhongxu's capital level was later raised to 20 million yuan, and in December 2009 the mother-in-law transferred 16 million shares to Zhou but kept the title to Zhongxu's offices in the FocusSquare International Center in Beijing's Wangjing area. Zhou's father-in-law, meanwhile, served with him on the company's board of directors.

In February 2010, Zhou was appointed chairman of the company, which by then was reporting 32.6 million yuan in assets. In December 2012, one month after the Communist Party's 18th National People's Congress, Zhou yielded his position as chairman to his wife. One year later, he was detained.

Leading up to Zhou's detention was the apprehension of a 50-year-old Sichuan businessman named Wu Bing. He was nabbed the evening of August 1, 2013, at the Beijing West Railway Station.

Wu was close to the Zhou family because his businesses were tied to Zhongxu. He also allegedly enjoyed valuable government connections.

Wu's primary companies were Zhongxu Investments, founded in 2001, and Zhongxu Industry, registered in March 2006. The latter, which had one real estate and two hydroelectric power subsidiaries, started with 20 million yuan in registered capital.

Longtoushi is on the Dadu River in the Sichuan city of Ya'an. The project was approved by the National Development and Reform Commission in 2006 and started operating in 2008, producing about 3.1 billion kilowatts annually, and posting annual revenues of about 900 million yuan.

One of the country's five major state-owned power companies, China Guodian Corp., initially won the right to build a hydropower plant on the Dadu. But Sichuan officials dumped Guodian for Zhongxu.

"It was the Sichuan provincial government's decision to give them (Zhongxu) the project," said a source at Guodian. "Maybe local officials thought it would be developed faster if several companies were involved."

The station was financed by Wu's Zhongxu Investments with another firm he controlled called Sichuan Tianfeng Hydropower Resources Development Co. Another investor was Sichuan Tianyun Industry Investment Co. Ltd., in which Zhou's mother-in-law Zhan owned a 57 percent stake. The investors put up a total 1.06 billion yuan in cash and borrowed 4.24 billion yuan from China Construction Bank.

One of the Yunying investors was a former classmate of Zhou's at Southwest Petroleum, Mi Xiaodong. He invested 2 million yuan for a 10 percent stake.

The government gave Qiuhai permission to build low-income housing in Beijing through a project slated to provide new housing on 13 hectares by 2020 and reclaim 23 hectares of wasteland by 2013.

In August 2010, less than a year after the project started, Zhan sold 15.5 million Yunying shares for an undisclosed amount to Beijing Tian Heng Lianxin Development Co. Ltd., a subsidiary of Tian Heng Development Group. The latter is a developer in Beijing's Xicheng District.

Zhan's other 2.5 million shares and Mi's 2 million shares were transferred to the Beijing Huisheng Yangguang Investment Management Co. Ltd. – a firm that reports Zhan as its owner.

In 2011, Huisheng and four other companies controlled by Zhan signed a 20-year lease with Beijing's Chaoyang District for nearly 200 square meters of office space and an adjacent 20 hectares for a golf course.

Investigators took the 43-year-old Mi into custody on October 1, 2013, Caixin has learned.

Mi has deep connections to China National Offshore Oil Corp. After college, he worked at CNOOC's Shenzhen subsidiary. He later moved to Beijing to manage CNOOC's offshore and onshore businesses with Zhou.

In January 2007, Mi was a founding investor of Shaanxi Qiuhai Jiqing Petroleum Science and Technology Co. He was appointed legal representative.

Meanwhile, Zhou benefited from connections his father had built while working in the petroleum industry for the government and state-owned China National Petroleum Co. (CNPC). The father left the industry in 1998 for higher government positions but left behind a network that helped his son succeed.

Not long after Zhongxu's founding, for example, the company landed a major contract with CNPC to provide retail management information systems to more than 10 provincial subsidiaries overseeing about 8,000 gas stations.

CNPC's Changqing Oilfield Co. subsidiary is based in Xi'an, the city that was also headquarters for Mi's Qiuhai. Moreover, Qiuhai had an office in Beijing in the same office complex as Zhongxu and also owned by Zhou's mother-in-law. Mi later bought the offices.

In late 2007, Shaanxi Degan Petroleum Science and Technology Co. Ltd. was formed with a base at the same Xi'an address as the Qiuhai headquarters. The new company's sole investor was Beijing Haitian Yongfeng Petroleum Sales Co., whose majority shareholder was Zhan. The mother-in-law had invested 3.5 million yuan for a 70 percent stake.

The companies won lucrative contracts with Changqing, and eventually sold rights to the Degan and Changyin fields to the head of Jilin Huahai Energy Group, Wang Letian, for 550 million yuan.

Wang told Caixin his company's original assessment of the Changyin block was that its oil reserves were not worth the asking price but "as a private enterprise, we figured we wouldn't see many more opportunities. We already had a petroleum extraction team, so we decided to go through with the purchase."

"We went through round after round of negotiations, but the price wouldn't come down," Wang said. "Then we heard there were other interested buyers, so we had no choice but to take it."

After the deposit was paid, both sides celebrated with a banquet where Wang met Zhou as well as Li Hualin, former head of PetroChina's natural-gas distribution unit Kunlun Energy Co. Li was detained by authorities in August 2013.

After paying 350 million yuan toward the agreement, Wang realized his company got a raw deal. He discovered that only 13 square kilometers of the 50 square kilometer Changyin block could be tapped; the rest was already held by subsidiaries of Changqing Oilfield.

Wang asked for a refund, but Mi and Zhou refused. Later, Mi and Zhou agreed to give Wang rights to the Changhai block in Ningxia Autonomous Region that Mi's Qiuhai controlled, as well as a small oilfield Zhou owned in Wangpanshan, Shaanxi Province.

The Changhai project isn't as valuable as Changyin, said Wang, because the oil is deeper and harder to extract. He now expects he'll need 12 years to recoup the investment.

Some of Zhou's former classmates at the University of Texas say he did business while in graduate school by, for example, using his connections in China to sell oil field equipment to Chinese oil companies. His work set the stage for a lucrative business as a resource trade, buying low and selling high.

In 2007 and 2008, records obtained by Caixin suggest Zhou landed his most profitable deal by paying up to 20 million yuan to CNPC's Changqing Oilfield Co. for the rights to develop two oilfields that Mi and Zhou later sold to Wang.

Records filed with Beijing Administration for Industry and Commerce suggest Zhou's Zhongxu enjoyed stable revenues from 2009 through 2011. It reported a net profit of 7.74 million yuan on 109 million in revenues in 2009. Two years later, the company's net earnings hit 24.6 billion yuan on revenues of 130 million. Also in 2011, the company reported 139 million yuan in assets and 72 employees.

Caixin obtained a Zhongxu report from late 2010, when its shareholding structure changed. It said Zhongxu's businesses were in information services, and oilfield equipment buying and selling. The report cited a 31 million yuan debt to a Jiangsu Province machinery company.

"Anyone who sells oilfields for personal profit should have a background" with connections," said a former business rival of Zhou's. "Who has a stronger background than Zhou Bin? In the end, all we can do is bow our heads and admit defeat."

Since then, the tables turned. Zhou, his father, wife and at least three former business associates – Wu, Mi and Li – have been detained by party officials on corruption charges. Meanwhile, his father-in-law's whereabouts are uncertain.

Still free and living in a Southern California retirement community is the 62-year-old Zhan. It's possible that she had no idea what her relatives were doing in China – and that her name was on numerous financial documents as a major investor in businesses linked to Zhou – while she led a quiet life in the United States.

"She probably doesn't know that she's the legal representative and a majority shareholder for 10 or 20 companies in China," said an American journalist who tried to contact Zhan. "It seems she doesn't understand English very well."