Rise and Fall of a Coal Boomtown in Shanxi Province 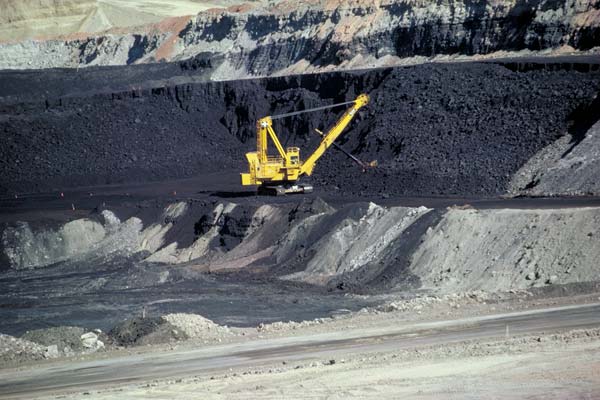 (Beijing) – Some 187 kilometers west of Taiyuan, capital of the northern province of Shanxi, the city of Luliang is located on the dry and gullied loess plateau in the upper and middle reaches of the Yellow River.

The city, which covers 21,143 square kilometers with a population of some 320,000, has become a focal point of a major anti-corruption campaign that has swept the country since late 2012.

Public attention fell on Luliang in March, when Xing Libin, chairman of the province's largest private coal miner, Liansheng Energy Co., was detained at the Taiyuan airport. His detention came right after an investigation into Jin Daoming, former vice chairman of the provincial legislature's standing committee. Jin is one of the highest officials in Shanxi to have been placed under investigation by the Communist Party's corruption buster, the Central Discipline Inspection Commission (CDIC).

A number of senior officials in the coal-rich province have also become ensnared in the corruption crackdown, including seven vice-provincial-level officials.

Some of them had close career ties with Luliang. In June, the CDIC announced investigations into Du Shanxue, the vice provincial governor who was the party head of Luliang from March to November 2011.

In August, Nie Chunyu, secretary general of the province's party standing committee, was put under investigation. Nie spent eight years in Luliang, heading the local party committee from 2003 to 2011. In that capacity he saw the city rise from poverty along on the back of a booming coal mining industry.

Shortly after Nie's fall, an inquiry was launched into Bai Yun, a member of the provincial party standing committee. Bai served on the Luliang party committee between June 2003 and February 2006.

More officials and businessmen with links to Luliang have also been investigated, putting the city under a shadow just after the coal industry made some people very wealthy.

In the early 2000s, Luliang was among the 18 poorest regions in China. Its soil was low quality and it suffered frequent droughts. The local economy relied heavily on coal and aluminum mining, but demand was low.

Song Feng, an official in a county under Luliang, recalled that before 2002, he and his colleagues visited Taiyuan to ask for provincial help, "but subsidies couldn't solve the poverty problem."

But beneath the surface of that parched ground, Luliang was rich, especially in coal, iron ore and aluminum. A local miner said that due to government restrictions on private collieries in the 1990s, most miners operated in a gray area. Low prices and frequent accidents meant many miners were in the red.

The turning point was 2002, the year the central government ended its control of prices of coal used for power generation. Prices surged. Local miners said that in 1999, the price of coal was less than 50 yuan per ton, but in early 2003, the figure rose to 160 yuan. It only rose over the following decade.

The Rise of Xing Libin

One of the most successful people in the city was Xing Libing, who started his career in Luliang's coal industry in 1990 when he graduated from college. As of 1996, Xing had established several companies involved in coking coal production and coal washing. The firms had total assets of 360 million yuan.

But Xing's business suffered in 1997, partly due to Asia's financial crisis, which triggered a coal price decline for three straight years. In 2000, Xing sold some of his plants and returned to his hometown in Liulin County, in western Luliang, to seek new business opportunities.

In 2002, the county decided to sell part of state-owned Xingwu Mining Co. to outside investors through a public auction in a bid to improve the firm's performance. Official document shows that Xingwu Mining had total assets of 262 million yuan and 193 million yuan in liabilities. The company held reserves of 120 million tons of high-quality coal.

Xing beat other competitors in the bidding. A local official close to him recalled that he was determined to prevail because "the coal market will get better and better." But the deal was controversial. Some critics said Xing's offer of 57 million yuan was far lower than Xingwu Mining's value, meaning a loss for the state. Some said Xing's company was the weakest bidder.

An employee of Xing's Liansheng Energy Co., which was established after the deal, said Xing took over Xingwu Mining's debts, while paying an extra 10 million yuan to settle employee claims and another 11 million yuan for land.

"The assessors of the bidding included 40 local party and government officials, and 39 of them voted for Xing," the employee said.

Sources close to Xing said at that time that he only had 10 million yuan in hand, and the rest of the funds came from prepayments he persuaded customers to make for buying coal from Xingwu Mining.

The deal for Xingwu Mining marked the start of Xing's business empire and helped him build relationships with officials.

Yan was dismissed in late 2008 for flaws in managing area mining activities.

Zou Zhongjia, the former deputy head of Liulin County who oversaw the coal industry, also left officialdom and joined a property company in Sanya, in the southern province of Hainan, that had a close business relationship with Xing.

A Luliang official said that after 2003 "digging for coal meant money, and everybody wanted to benefit. Collusion between businessmen and officials was soon established."

Without a large state-owned miner, most of Luliang's collieries were operated by private owners in the 1990s. As coal prices surge in 2003, the miners aggressively sought new resources and most of them turned to local officials for help. "County officials, energy bureau heads and officials of town and villages all became targets," said the official.

Also in 2003, the Luliang government completed a personnel reshuffle as it transformed from a prefecture to a city. Nie, Bai and Zhang Zhongsheng were all appointed to Luliang that year.

In January 2003, Nie was pointed deputy party chief and mayor of Luliang after 19 years working for the provincial government. Zhang, who previously worked for Zhongyang County, was promoted to Luliang as vice mayor in charge of the coal industry. In June, Bai, a former official in the provincial Communist Youth League, was named vice party head of Luliang.

In the following years, private businessmen like Xing; Datuhe Coking and Chemical founder Jia Tingliang; and Yuan Yuzhu, chairman of Zhongyang Steel; were all ranked among the wealthiest people in China.

According to local sources, as old acquaintances, Yuan's business got great help from Zhang, who also benefited from Yuan's business. Meanwhile, Xing's business expansion won support from Nie, who was later raised to the position of secretary general of the provincial party standing committee.

A sound relationship with officials would help mine owners survive and win new opportunities in the reshuffles. A Luliang miner said that every Lunar New Year he would set aside 1 million yuan for gifts for local officials. "Sending gifts to officials before the holidays will help us win a better business environment," he said.

Another mining boss said his mine was once ordered to close and punished because an official intentionally threw a cigarette butt on the ground during a safety inspection.

"The development of private business relies on government support," the miner said. "But sometimes, one official can use his power to destroy a company. In Luliang, private companies and mine owners have benefited from rising coal prices, but essentially, it's linked to the government officials."

As collusion between business and official spread in Luliang, fraud became common in official appointments. In June 2009, Luliang, on the orders of Nie, announced a plan to select the heads of its 13 counties. Strict election procedures were announced.

But a local official said that the procedure "looked fair, but without outside supervision, there was actually room for fraud in every stage."

Indeed, a candidate who described himself as a vice county head later posted an article online saying he spent 4 million yuan to get a more senior job, but lost to someone who spent more. The author of the post said his funds to buy votes came in part from companies. He said that Luliang was one of the places in China where such fraud was worst.

Li Yi, a former Luliang official and a subordinate of Nie's, said the heads of the city's counties and districts usually got gifts worth 50,000 yuan to 100,000 yuan from one individual lower-level official every year before the Lunar New Year holiday. Some got 5 million yuan in total.

Those who refused to send gifts would not get promotions, Li said.

The 2009 election became notorious and prompted calls for more scrutiny of officials, but in the end no one was punished.

In January 2011, Nie left Luliang and was promoted to a more senior party post in Taiyuan. His successor was Du Shanxue, who was Luliang's party boss for one year and was promoted to the provincial government in 2012. Several local sources said money from Luliang coal miners helped Du get the higher position.

After a brief slowdown, in 2008 Luliang's economy returned to the fast track thanks to Beijing's 4 trillion yuan stimulus package. Two years later, the city's GDP was 80 billion yuan and showed the fastest growth among Shanxi's cities.

Meanwhile, Xing extended his business operations beyond Luliang by acquiring or investing in mines, coking plants and power companies in other cities in the province. Liansheng's business scope covered mining, energy, real estate, agriculture and other areas.

Company documents show that by the end of 2011, Liansheng Energy had total assets of more than 60 billion yuan and 36,000 employees. It owned 38 mines with total production capacity of 35.5 million tons per year. With more than 4 billion yuan in personal assets, Xing was one of the top 10 richest people in China in 2007 and 2008.

But the good times started to end in 2013 when the coal market entered a downturn as the economy slowed. The average price of coal slumped to 200 yuan to 300 yuan per ton, almost half of that seen in the peak 2008-2010 period. That year, the Luliang city government said its fiscal revenue was 16.4 billion yuan, down about by half from 2012.

By the end of the year, the company was responsible for repayments totaling 5.2 billion yuan.

Xing admitted in public that the company had to halt half of its production due to liquidity pressure. An executive at Liansheng Energy said its total liabilities exceeded 32 billion yuan and it was unable to repay. The company had mutual loan guarantees with a nine other companies in Luliang and Taiyuan, leaving about 150 billion yuan in a debt black hole.

Then a nationwide corruption crackdown swept Shanxi Province, especially Luliang. Since December 2013, mayor Ding has disappeared and no official word has been provided on his status. In February, the provincial legislature said it was removing Ding from all his posts. A month later Xing was detained.

In the ensuing months, many officials and businessmen deeply involved in Luliang's development have come under investigation. In May, Zhang was placed under investigation by the CDIC, and three months later Nie was probed. Later, Zhongyang Steel's Yuan, Datuhe Coking and Chemical's Jia and a number of other businessmen were also detained. A massive graft network linking business and officials is emerging as investigations unfold.

Luliang's economy has suffered a quick fall amid the economic and political shocks. Sluggish performance in the coal industry and lack of alternative sources of growth have put its economic performance back among the worst Shanxi cities in the first half this year.

Luliang is home to a large number of rich people, but its impoverished population remains large. Six out of the city's 13 counties are among the country's poorest. "Luliang still has the most poor people in Shanxi," a city official said.

The average annual income for farmers, who comprise four-fifths of Luliang's population, was 6,000 yuan last year, up only 4,552 yuan from a decade ago. A small number of people got rich in the coal boom, the official said, but in long run, Luliang is in for hard times.