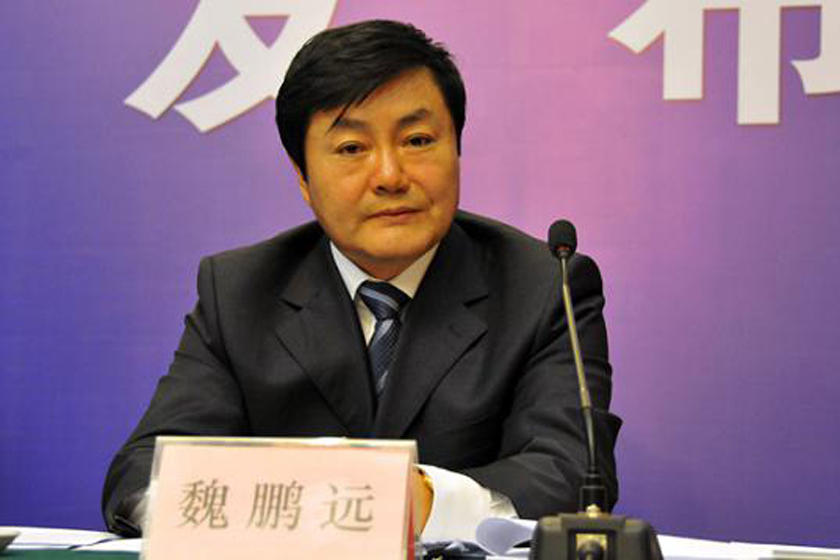 (Beijing) – A record amount of cash was found at a home owned by a former National Energy Administration official, the country's top prosecutor's office said on October 31 while announcing the progress of inquiries into corrupt government officials caught this year.

Wei Pengyuan, former vice director of the coal department at the National Energy Administration (NEA), stashed away more than 200 million yuan worth of Chinese and foreign currencies at his residence, said Xu Jinhui, director of the Supreme People's Procuratorate's anti-graft bureau. This is the largest pile of dirty cash found in a single case since the country was established in 1949, Xu said.

Wei was arrested by anti-graft officials in May. A source close to the situation said at the time that investigators found more than 100 million yuan worth of cash at his home, triggering online discussions over how he managed to amass and hide so much money.

Investigators found Wei owned several homes and used one of them to hold the money, 21st Century Business Herald reported, citing an unnamed source close to the probe.

Wei was named to his position in 2008, when the NEA was established and placed under the National Development and Reform Commission (NDRC), the country's top economic planner. He was in charge of approving coal mine construction and renovation projects. Wei also pushed for industrial mergers and consolidation.

Xu also said the prosecutor's office opened cases for 2,608 government workers above the county-level this year as of September 30. Twenty of the cases involved officials at the provincial and vice-ministerial level or above, he said. The latter was also a record for a year.

Five NEA officials, including Wei, have been investigated for graft this year. Six NDRC officials have been probed as well.

Xu said the disgraced officials had a few things in common: many of them were not only a policymaker, but were also in a position to approve and supervise the implementation of specific projects. This means they held considerable influence over whether a business made money or not and were thus vulnerable to corruption, he said.

He also said the cases have demonstrated a common lack of internal and external monitoring and supervision. In many cases, Xu said, offenders covered for each other because they all took bribes.

Investigators have also found that dirty officials were getting better at covering their tracks when taking bribes, he said. Accepting only cash and not depositing it in a bank is one way of avoiding attention. So are holding company shares through agents and hiding properties under other people's names.