Alipay Will Do What Alibaba Couldn't, Jack Ma Says: List in China 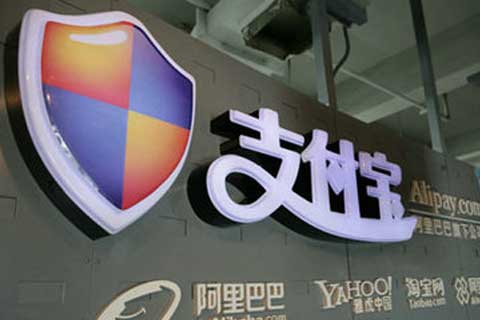 (Beijing) – Alibaba Group Holding Ltd. chairman Jack Ma said he wants Alipay to go public in China. He made the comments right before the e-commerce giant announced that sales through its website on November 11 beat last year's record by nearly 60 percent.

November 11 is an informal holiday for singles in China – 11/11 being full of those lonely numbers – and in 2009 Alibaba co-opted the day for promotional purposes. It offers shoppers big discounts, much like Cyber Monday in other countries, and many other e-retailers have followed suit.

Alipay is the country's most popular online payment tool and is controlled by Ma. As part of Alibaba's strategy to go global, Alipay will list on a stock exchange someday and hopefully that will happen on the A-share market, Ma told national broadcaster China Central Television.

"A primary reason for going public is that it calls for more transparent corporate governance and puts stock investors and users around the world in a position to supervise the company and take part in its development," Ma said. "For various reasons, Alibaba cannot list on the A-share market, but we hope Alipay can list on it."

Ma did not give those reasons, but experts have cited as factors Alibaba's foreign investors, its share and voting rights structure, and the fact that domestic initial public offering requirements are much more cumbersome than those overseas.

Jing Xiandong, Ant Financial's chief financial officer, told Caixin earlier that Alipay handles an average of 1 billion payments every day and can clear transactions for 100 million individual accounts in 30 minutes. It cooperates with more than 200 financial institutions and has about 300 million active users, he said.

The National Business Daily, a financial newspaper, has reported that 40 percent of Ant Financial would be held by the firm's employees and Ma's holdings will not exceed that of his stake in Alibaba, which stands at 7.65 percent.

Alipay used to be an asset of Alibaba's, then was spun off in 2010 despite the objection of foreign shareholders Yahoo! Inc. and Softbank Corp. In 2011, the three companies reached an agreement that said Yahoo and Softbank will get a one-off cash payment equaling 37.5 percent of the capital Alipay raises when it lists. The payment cannot exceed US$ 6 billion or be less than US$ 2 billion.