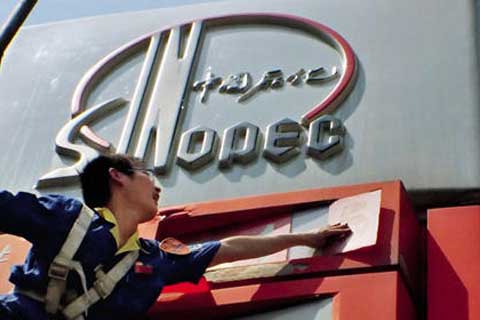 (Beijing) – Oil giant China Petroleum & Chemical Corp. (Sinopec) has said it has spent 4 billion yuan in the first 10 months of the year to fix problems on its pipelines and plans to spend another 28.1 billion yuan over three years to make sure the facilities are safe.

A deadly explosion in November last year that was caused by an oil leak on a pipeline killed 62 people in the eastern city of Qingdao. Investigators blamed the disaster on a lack of maintenance and design flaws.

China has 966 pipelines with a total length of about 120,000 kilometers transporting crude oil, gasoline and natural gas, the government says. The bulk of the pipelines belong to state-owned enterprises.

After the accident, the Work Safety Commission of the State Council, the country's cabinet, led companies in a campaign intended to detect and address dangers in pipelines. The commission is comprised of members of departments under the cabinet, such as the heads of the public security bureau and the State Administration of Work Safety.

By the end of May, companies involved in the campaign found 29,436 sections of pipeline that posed potential dangers to the public. Some 2,200 sections had the potential to cause a disaster, the government said.

The commission urged companies to solve the problems in the high-risk sections by June 2015 and to fix the rest by June in 2017.

Sinopec says its pipelines extend more than 30,000 kilometers. It found a total of 5,622 problem areas by the end of May, and had fixed 3,157 of them as of October. Sinopec also said it will invest another 12.2 billion yuan over three years to replace pipelines built more than 30 years ago.

Corroded and aging facilities required maintenance and renovation or other disasters like the one in Qingdao could occur, said Guo Zhenxue, deputy chief engineer of Sinopec's Pipeline Transportation and Storage Co. The pipelines involved in the Qingdao blast were built in 1986.

Sinopec stopped using two pipelines in the northern province of Hebei and in nearby Tianjin in December 2013 and August this year because of corrosion problems and holes made by thieves stealing oil and gas.

More than 30 percent of the country's pipelines have been in service more than 10 years, the government says. About four cases of leaks occur every 1,000 kilometers every year, more than for facilities in the United States and Europe.