Closer Look: Gov't Wants Proactive Tax Policies, but Ends Up with a Problem 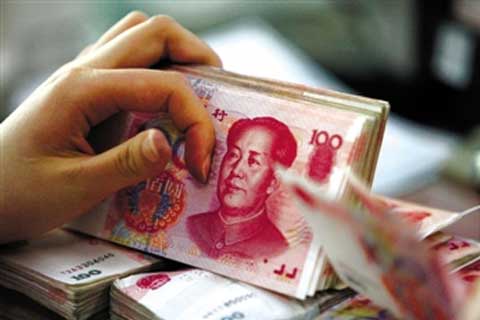 (Beijing) – The country's fiscal policies this year are supposed to be proactive but have failed to achieve their purpose. Despite a likely record budget deficit, businesses were still squeezed as more money flew to the government.

While investment growth in October hit its lowest level in 13 years, national fiscal revenue grew by 9.4 percent year on year, an increase of 3.1 percentage points from September, data from the National Bureau of Statistics released on November 13 shows.

Two days later, the standing committee of the State Council, the country's cabinet, said it would cut taxes and "lower the burden on enterprises and individuals by 40 billion yuan every year." The move is expected to kick in next year.

However, this is far from enough to address the economy's needs. It is a drop in the ocean compared with the government's behemoth revenue, which may hit 14 trillion yuan this year. Forty billion yuan work out to only 0.29 percent of that huge figure.

China responded to both the Asia Financial Crisis in 1997 and the 2008 crisis with proactive fiscal policies, but it has relied overwhelmingly on deficit goals than tax cuts.

This year's planned national budget deficit is 1.35 trillion yuan, an all-time record and more than four times the highest amount during the first crisis. It also cut taxes, but to a much lesser extent.

The program of converting business tax to value-added tax, for example, cut companies' taxes by 144.8 billion yuan in the first nine months of the year, the State Administration of Taxation and Ministry of Finance said. This forms the backbone of the country's tax relief measures, but it equates to only 1.36 percent of the national fiscal revenue over the same period of time.

In the document that set out its budget, the central government also said that the figures for government revenue serve as expectations rather than binding goals, meaning that shortfalls will be tolerated.

But the thinking regarding meeting revenue targets is so ingrained in bureaucrats at all levels that they have barely changed their way of levying taxes, exacerbating economic ups and downs.

When the economy hits a rough patch, businesses struggle to pay taxes and government leaders get nervous about meeting their revenue target. One way to compensate for the loss is to demand companies pay taxes in advance. This happened this year and in the many previous years.

The central government was no exception. In October, its income grew by 11.3 percent from the same month last year, compared with the growth rate of 5.9 percent in September.

The Ministry of Finance said the jump in revenue was primarily due to an increase in corporate income tax and contributions from state-owned financial institutions.

But that may not be the whole story. Given that the central government's revenue growth rate for the first nine months missed its annual target of 7 percent by 1 percentage point, it would not be a stretch to think that it has used some unusual measures to collect tax in October to make sure it can still reach its year-end target. For that to happen, its revenue needs to increase by 10.1 percent year on year in both November and December.

This will have consequences. In the first 10 months of the year, the growth of national fiscal income actually overshot its goal by 0.2 percentage points, reaching 8.2 percent. That means the central and local levels of government combined collected 22 billion yuan more than they planned to.

Meanwhile, a big chunk of the money received by government is sitting idle in banks. As of September 30, governmental deposits with banks reached 3.68 trillion yuan, an increase of 1.6 trillion yuan from the end of last year. This money could have been used more efficiently by the market if it was not taken away in taxes and fees from people and companies.