Another Brother in Prominent Shanxi Family Is Target of Graft Investigation 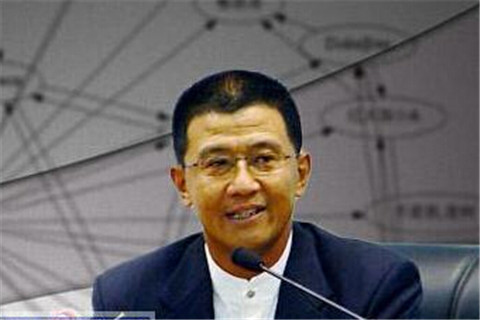 (Beijing) – Four months after an investigation into Ling Zhengce, the former vice chairman of the political consultative conference in the northern province of Shanxi, was announced by the Communist Party's anti-graft watchdog, his younger brother, Ling Wancheng, has also been detained.

Ling Wancheng, 55, started his career as a journalist, then did businesses in the media sector and financial market. He holds many prominent titles, including general manager and chairman of telecom value-added service provider the365.net, chairman of Beijing Huijin Lifang Investment Management Co., and deputy director of the state broadcaster CCTV subscription golf and tennis channel.

In 2008, Ling Wancheng established Huijin Lifang, a private equity firm that he involved in many public listing deals in partnership with Shanxi businessmen. The company has pocketed more than 1.4 billion yuan in initial public offering deals since 2008.

He is the youngest of the five Ling family siblings. As an inquiry targeting the second-oldest brother, Ling Zhengce expands, investigators say they have uncovered corruption linking the family, officials and businesses.

The Lings come from Yuncheng, Shanxi Province, and their original family name is Linghu. The father, Linghu Ye, worked as a medical care officer for Communist Party troops in Yanan, Shaanxi Province, during wartime. After 1949, he worked in the Ministry of Public Security.

Linghu raised five children, naming them after words and phrases that appeared often in the news at that time, such as Fangzhen, or "guidelines," for the oldest; Zhengce (policy); Luxian (roadmap); Jihua (plan) and Wancheng (completion).

Linghu Ye expected most of his children to have careers in officialdom. This was the case for all but the oldest son, Ling Fangzhen, who died early, and the youngest Ling Wancheng, who entered business.

From April 2004 to April 2008, Ling Zhengce headed the Shanxi development and reform office, which decides how the coal reserves in the province – one-quarter of the nation's total – should be exploited and sold. He later rose to vice chairman of the province's political advisory body. On June 19, the Central Discipline Inspection Commission (CDIC) said it was investigating him for "severe violations of discipline" amid a crackdown on corruption that has swept the province.

The third son, Ling Jihua is the vice chairman of the country's top political advisory body, the Chinese People's Political Consultative Conference (CPPCC), and the head of the party's United Front Work Department, which handles relations with non-party groups.

Ling Wancheng graduated from Jilin University in the northeastern province of Jilin with a major in economics. Around 1982, he was recruited by Liaowang, a magazine in Beijing run by the official Xinhua News Agency as a business reporter.

According to his former colleagues, Ling Wancheng was one of the most active figures in the newsroom, and was easygoing and a good communicator. Between 1995 and 1997, Ling Wancheng worked in the southwestern province of Guizhou as a county official in a young cadre training program run by the news agency.

After returning to Beijing, Ling Wancheng was promoted to bureau-level official at Xinhua, heading the China National United Advertising Co., an advertising business subsidiary. In 2003, he quit his position in the state news agency and became a businessman.

But the365.net was soon outperformed by fast-growing private players, including youku.com and letv.com. In November 2006, CNC sold its stake to the foreign investors. Ling Wancheng was named company chairman after a reshuffle of the board.

The reshuffle didn't lead to a business revival for the365.net. In April 2011, the company cancelled its business registration.

According to business registration documents, Beijing Jieweisen Technology Ltd., one of the eight partners of Huijin Lifang, was exclusively held by an individual named Jia Yunlong. Jieweisen was registered with 100,000 yuan in November 2007.

Based on the registration documents, Caixin found that Jia Yunlong, 43, is a middle school teacher in Linfen, Shanxi Province. In an interview with Caixin on November 17, Jia said he holds the stake in Jiweisen on behalf of a friend named Jia Yueting, chairman of Leshi Internet Information & Technology Corp., the operator of letv.com.

"Once when I visited Beijing, Jia Yueting proposed using my identity to register a company," Jia Yunlong said. "I later left my identity card with him and he sent it back to me after a while."

Jia Yunlong said he knows little about the company.

Sources familiar with the matter said that Jia Yueting has been acquaintance of Ling Wancheng's since 2004. The first investment made by Huijin Lifang was in letv.com in July 2008. In December that year, Jia Yueting transferred his 2 million yuan stake in letv.com to Li Jun and named Li as the company's deputy general manager. Li is the brother in law of Ling Wancheng.

The other two partners of Huijin Lifang, Deng Baicheng and Zhao Xiaohong are a couple, who operate mining businesses in Shanxi. Employees of Deng's Shanxi Baicheng Industrial Co. said they have no idea where their boss is. A local mining official said that Deng "is probably in Canada."

From 2008 to 2010, Huijin Lifang invested in seven companies with businesses ranging from information technology and building materials to the Internet. All of the companies listed between 2009 and 2014, earning Huijin Lifang a total of 1.4 billion yuan for selling its stakes in those firms after their IPOs.

The most controversial deal for Huijin Lifang was its 2008 investment in letv.com. For 3.6 million yuan, Huijin Lifang became the company's second largest shareholder with a 6.06 percent stake, following Jia Yueting.

In December 2008, Jia Yueting transferred part of his stake to a relative and company executives, including a stake worth 2 million yuan to Li Jun, Ling Wancheng's brother-in-law.

After a shareholding reshuffle in January 2009, Huijin Lifang became the third-largest shareholder in letv.com and Li Jun is the sixth largest, with 3.36 percent.

In August 2010, letv.com launched public listing in Shenzhen and market sources said the IPO got great help from Ling Wancheng.

A source from letv.com said that Li left the company in January 2013. The company's financial report shows that by the end o 2013, Li sold 17.6 million shares in the firm for about 600 million yuan.

Since 2011, Huijin Lifang has also sold its stake in letv.com for about 300 million yuan, company documents show.