Another PLA Officer Said to Run Afoul of Anti-Graft Investigators 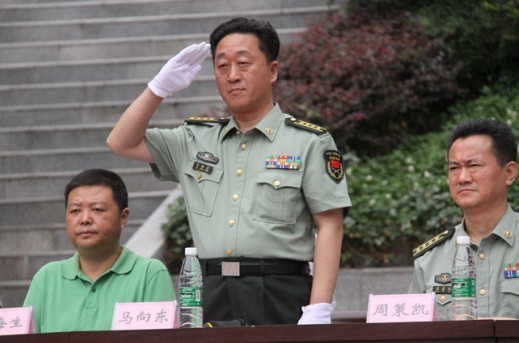 (Beijing) — Another senior military official has become the target of a corruption inquiry as a scandal that has ensnared several top officials in the People's Liberation Army expands.

Ma Xiangdong, director of the political department of the PLA Nanjing Institute of Politics, was detained by military investigators in early December, sources with knowledge of the matter said. Ma holds the rank of senior colonel.

His detention came shortly after an investigation was launched into Dai Weimin, a major-general and the deputy dean at the Nanjing Institute of Politics. Dai was suspected of taking huge bribes related to land and construction projects.

Ma is suspected of selling admissions when he was the head of the training bureau of the PLA's General Political Department around 2009, a source close to the matter said. The training bureau is in charge of selecting government-sponsored military students for admission into military colleges and other education institutions.

China has nearly 100 military colleges and general universities accepting more than 23,000 government-sponsored students specially trained for the PLA. The students enjoy free education and government subsidies, and their education period is counted as military service. After graduation, they get positions in the military.

Another official at a top military school, Gao Xiaoyan, was detained in November. Gao is the vice political commissar and secretary of the Communist Party's discipline committee of the PLA Information Engineering University in Zhengzhou, in the central province of Henan.

The PLA has become a focal point of a major crackdown on graft that started in late 2012. Several military officials have become the subject of probes, including the big names like Xu Caihou, a retired vice chairman of the Central Military Commission; Gu Junshan, former deputy head of the PLA's General Logistics Department; and Yang Jinshan, former deputy commander of the Chengdu Military Region.