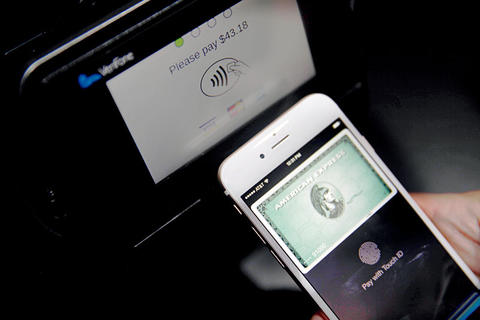 (Beijing) – China's iPhone users will have to continue to wait to use the Apple Pay payment system because the latest update to the popular smartphone's operating system does not support bank cards from UnionPay, the only company that handles interbank payments in the country.

Apple Inc. released its latest operating system – iOS 8.3 – on April 9, but it does not support China UnionPay.

A UnionPay employee who declined to be named said the company has not reached any agreements with the U.S. tech company and no timetable for cooperation has been set.

When Apple sent software developers a test version of the new operating system in February, it said iOS 8.3 would support UnionPay, a development that received broad media attention.

Apple started talks with UnionPay about using its network last year and hoped that by March it would have an agreement in place that would allow consumers to make payments via their iPhones.

But the U.S. tech company is still struggling with its relationship with UnionPay, people close to the talks say.

Those sources also say Apple has not made any breakthroughs in talks with Chinese banks, which would also have to agree for the Apple Pay system to work.

When Apple Pay made deals with the three largest bank card associations in the United States – Visa, MasterCard and American Express – it had only five member banks on board to start. It got more banks on board later after talking with them separately.

Apple started negotiating with at least eight major Chinese banks last year. The discussions did not go well, a source close to them said, and the Industrial and Commercial Bank of China was not interested in any cooperation.

Another source said the obstacles were over profits.

In the United States, Apple Pay says it gets 0.15 percent of the 2 percent fee paid by merchants for each credit card payment and half a penny for each debit card payment.

But Chinese banks argued those charges were too steep, an employee of a large bank said. Many large banks that are already part of mature point-of-sale networks do not want to lose such a large percentage of their profits in a deal with Apple Pay, he said.

Apple has been trying to introduce its mobile payment system in many regions around the world, especially Europe, the Middle East, India and Africa, but has hit snags in some countries such as Britain.

Britain's Daily Telegraph newspaper reported late last year that Apple Pay might enter the country in the first half of 2015, but later said this would be delayed to the second half as talks with banks continue.