Why Chinese Hospitals Are Boycotting Baidu 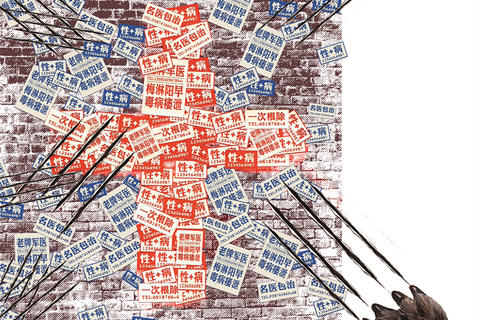 (Beijing) – A high-stakes clash between search engine Baidu and an association representing about 8,600 hospitals is rocking a relationship at the heart of China's online advertising sector.

Baidu has asked police to investigate the association – the Putian (China) Health Industry Chamber of Commerce – for its possible role in an alleged extortion scheme targeting the search engine's clients.

The Putian chamber and its member-hospitals, meanwhile, are continuing a boycott of Baidu's advertising service that began March 22 over what they're calling exorbitant fees. Some 98 percent of these small hospitals, each of which has principal investors hailing from the city of Putian in southeast China's Fujian Province, are participating in the protest.

A research report by the U.S. investment firm JPMorgan Chase said Putian hospitals last year may have contributed 5 to 12 percent of Baidu's 49 billion yuan in revenue, and warned the boycott could dent the search engine's 2015 income.

That estimate may be low. The city of Putian's Communist Party chief Liang Jianyong, for example, said in 2013 that these hospitals may have contributed 12 billion yuan of the 26 billion yuan in ad revenues reported by Baidu that year.

Baidu said Liang's estimate was an exaggeration but did not react to the JPMorgan Chase report. A former Baidu ad department employee who asked not to be named acknowledged that the ads bought by Putian chamber members contributed significantly to search engine revenues.

Companies in China's health care, education and e-commerce sectors are the biggest generators of Baidu ad revenues, the source said, and chamber-member hospitals together comprise the biggest health-industry client.

Baidu has lashed out at the protesting hospitals, initially by claiming the boycott was in response to the search engine's decision to block from search results all Putian hospitals that violated industrial regulations or that had generated too many consumer complaints.

On April 7, the search engine said it was asking for a police probe after the Putian chamber allegedly "severely interfered with (Baidu) clients' normal operations." Police have not commented.

Baidu said on Sina Weibo, China's Twitter, that its clients had reported being intimidated by representatives of the hospital group's regional branches. According to these clients, the representatives threatened to flood the clients' promotional links on Baidu pages with hits and thus dramatically increase their search engine fees unless they obeyed the chamber by stop advertising on Baidu. Baidu vowed to block all "malicious clicks."

The chamber's executive president, Wu Xidong, denied Baidu's extortion claim. But he did acknowledge that member-hospitals participating in the boycott had been trying to convince other hospitals to join the protest.

Despite their vitriolic war of words, Baidu and the hospital group may be close to settling the dispute, JPMorgan Chase said. A settlement would be needed to minimize damage to the search engine's bottom line.

The Putian chamber has made it clear that the boycott is designed not only to drive down ad prices but to lay a foundation for better cooperation in the future.

The chamber has blamed Baidu's ad pricing system for the deteriorating relationship, saying the system has been hammering hospitals at a time when "the industry is facing severe problems. Many medical facilities have been reduced to practically working for Internet companies."

This year, the chamber said, the search engine has doubled its mandatory spending floor for a single advertiser to 10 million yuan annually. Moreover, the chamber said, a multi-year client was told by Baidu that it must increase its ad spending every year by at least 40 percent.

Previously, a source at a Putian hospital told Caixin, Baidu had required that hospitals increase their ad spending by 10 to 20 percent annually.

Most hospitals advertise on Baidu by buying space on search result pages. An advertising client first deposits money into a Baidu account. That account is slowly drained as search results generate clicks. Usually, the higher a result appears on a search page, the higher the fee charged.

Final bills can thus vary widely. Some hospital investors said Baidu charged several hundred yuan per click, while a Putian hospital owner in Beijing who uses the alias Huang Xin said "some have reached even 2,000 yuan. I have also heard about charges as high as 4,000 and 5,000 yuan" per click.

That means a hospital must make an average of at least 2,000 yuan from each patient just to pay for its Baidu advertising, Huang said.

Acknowledging this price was the president of a chamber-member hospital, who declined to be named, who said hospitals pass on to patients their ad costs, which can range from 1,000 to 3,000 yuan per person.

The latest dispute marks the second major blow-up for relations between Baidu and these hospitals. In 2011, for example, several Putian hospitals specializing in male reproductive system diseases claimed that Baidu's fees of up to 600 yuan per click were too steep. The protest fizzled, though, and sources said the price then jumped to 999 yuan per click.

Hospital officials said Baidu ad prices effectively squeeze money out of their patients. Some hospitals have been so desperate to cover their Baidu bills that they threatened to punish any doctor that did not collect at least 1,000 yuan from each patient. Hospital mark-ups on medicine have been blamed on Baidu advertising charges, too.

"A drug that normally costs no more than 10 yuan would be sold for 400 or 500 yuan at a hospital that promotes itself on Baidu," said a source who worked at a Putian hospital.

"And there are examination fees, which are more important," he said. "For what would normally cost only 200 or 300 yuan at a hospital, we would charge at least 1,000 yuan."

Relations between the search engine and hospitals supported by investors from Putian were much better between 2003 and 2011, when the health care business was booming. Many hospitals switched to advertising on Baidu during that time and phased out less sophisticated promotional campaigns, such as the use of paper ads glued to city street light posts.

And even today, some Putian hospital owners have no qualms with Baidu and have objected to the boycott. Huang is among them.

Huang said he didn't want to stop advertising on Baidu but is complying with the chamber's decision anyway. In fact, his hospital and the hospitals of some 207 other investors are members of the 10-month-old association, which was established by powerful Putian investors with an aim to consolidate resources and pave the way for the creation of a conglomerate with wide ranging operations in the medical industry. The association said most hospitals owned by Putian investors are its members.

An ad manager at a Beijing-based hospital said, however, about 40 percent of hospitals owned by people from Putian do not take orders from the association. And even members of the association may disagree with the boycott decision at last as time goes on, he said. In the end, he said, it may be that only 10 percent of hospitals backed by Putian investors would actually stop advertising on Baidu completely.

At an April 4 membership meeting to discuss the boycott, said the association's Wu, about 90 percent of those present voted to continue the protest indefinitely. Huang said he voted against it.

"I just want to run a business," Huang told Caixin. "But the association keeps pulling me along."

Over the years, as hospital revenue growth slowed, some investors from Putian have branched out into other fields, such as the medical equipment business, real estate and financial services. Some started reorganizing their hospitals to provide better service.

Chinese private equity firms CDH Investments, Zero2IPO Venture and Sequoia Capital have seen opportunities as well by banking on a "second generation" of Putian hospital investors, who they hope will improve the businesses.

But some analysts wonder whether Putian hospitals can be transformed. "As long as the original Putian investors still have controlling rights, and their values don't change, outside investors won't make much of a difference," said an analyst.

Moreover, some hospitals have braved the chamber's threats by continuing to advertise with Baidu.

The association said about 150 member-hospitals were still bidding for advertising space on Baidu as of April 6, although that the boycott was still being observed by 98 percent of its members.

Baidu said the dispute is not about pricing but claimed that the Putian chamber was hitting back after the search engine last year started barring bad hospitals from search results. In fact, Baidu said, last year it turned down requests for ads from more than 13,000 medical facilities, among which about 60 percent were Putian hospitals.

Some analysts say Baidu is trying to improve its own image by weeding out hospitals with bad reputations.

"Everyone knows Baidu's fee-based (search result page) ranking is a snare," said an investor with a stake in a boycotting hospital. "Its credibility has been hurt a lot."

The association, though, insists the boycott is aimed at convincing Baidu to negotiate ad charges with its hospital clients as a first step toward better relations. And in fact, some analysts say Baidu and the hospital association are bound to reach an agreement since each needs the other.

"Unless there's a new platform that can rival Baidu, Putian (association) hospitals and Baidu will still rely on each other," said a medical industry analyst, "There's no way that their relationship is going to break down in the short term."

Over the long term, say some analysts, the squabble is bound to yield good results.

"Baidu has dominated in the field of medical media, and no other voice has been able to match it," said Wang Hui, a former executive at CDH Investments.

The Putian association "is an organization able to communicate with (Baidu) or challenge it. This will force and encourage both sides to think about how to improve."