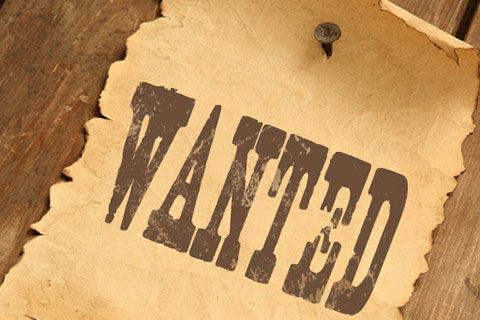 (Beijing) -- China has secured 100 "red notices" for corruption suspects from the international police agency Interpol as part of the country's campaign to pursue fugitives that have sought sanctuary in foreign countries.

Released by the Interpol National Central Bureau for China on April 22, the list is aimed at appealing to foreign law enforcement authorities in the repatriation of the suspects.

The 100 "red notices" offer case details for each fugitive including a list of alleged crimes, a passport-sized photo of the individual and information on their Chinese resident identity card.

The list also provides the fugitives' former positions of employment, date of departure from China and the countries they are believed to have escaped to.

Among those on the list, 12 left China in 2013 when the new Chinese leadership under President Xi Jinping took power, according to the country's top anti-graft agency, the Central Commission for Discipline Inspection (CCDI).

The Interpol notice included some that fled the Chinese mainland as early as 1996. Forty of the suspects are believed to be in the United States while 26 are in Canada. New Zealand, Australia, Thailand and Singapore are also presumed to be major destinations for the fugitives.

At the top of the list is 68-year-old Yang Xiuzhu, a former Zhejiang provincial government official that oversaw urban development, who is wanted for embezzlement, according to the Interpol notice.

Yang fled China from Shanghai Pudong International Airport along with her daughter, granddaughter and son-in-law on April 20 in 2003. Yang last served as a deputy head of Zhejiang Provincial Department of Housing and Urban-Rural Development. Between 1986 and 1998, she was in charge of several major land deals and redevelopment projects in Wenzhou that became mired in claims of corruption.

Authorities have so far revealed little over the scale of Yang's alleged crimes. Her brother Yang Guangrong was arrested for taking 180,000 yuan in bribes in March of that year.

Another on the wanted list is Cheng Muyang, a former advertising executive that was based in Beijing, but fled to Canada using a permanent Hong Kong identity card in August 2000.

According to Chinese news portal Thepaper.cn, Cheng was the son of the late Hebei Provincial party secretary Cheng Weigao.

China rolled out the Sky Net campaign to hunt corrupt officials and businesspeople hiding overseas as part of the anti-graft crackdown launched by President Xi. The CCDI said the 100 wanted under the red notices represented only a fraction of those targeted in the global hunt.

However, international law experts said a lack of extradition treaties between China and the countries would complicate procedures for returning fugitives home to face trial.