Responding to a Slowing Economy 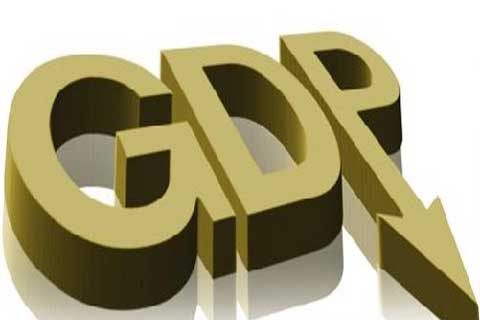 Evidence is mounting that the Chinese economy is slowing faster than expected. Many observers currently expect the economy to grow in 2015 by significantly less than the government's 7 percent target. The question is what to do about it.

A first possible answer is nothing. For several years now a priority has been to rebalance the economy from exports to domestic spending, from investment to consumption, and from manufacturing to services. Rebalancing is important for the sustainability of growth, for the maintenance of financial stability and for avoiding conflicts with China's foreign partners. Policy measures goosing exports, investment and manufacturing would frustrate those rebalancing efforts and aggravate economic, financial and political tensions.

The argument against inaction is that allowing the growth target to be undershot would damage the credibility of policy. The government's stated target, which it has consistently hit, could no longer be taken at face value.

On the other hand, missing the growth target by a significant margin might actually enhance the credibility of policy. The regularity with which the target has been reached has raised questions about the reliability of the data. Skeptical commentators have wondered whether the numbers have been fudged so as to come exactly in as planned. A clear miss in 2015 would help to convince them that the official data in fact mean what they say.

Moreover, to the extent that the slowdown reflects unexpected events in the rest of the world – weak growth in Europe and currency depreciation abroad – and not developments in China itself, a miss won't be chalked up to unrealistic targets or to errors in Beijing's own policies.

If inaction is not viable, then there are other options, specifically three: currency depreciation, monetary expansion and fiscal stimulus. The question is on which alternative Chinese policy should focus.

Pushing down the yuan in order to enhance the competitiveness of Chinese exports would be the traditional way of sustaining growth. But the efficacy of this measure would be limited in at a time when demand is weak in Europe, which is China's single most important foreign market. Moreover, depreciation would negatively impact emerging economies, which might respond by pushing down their own currencies. And depreciation would heighten tensions with the United States.

Moreover, depreciating the yuan would work against the rebalancing process. Encouraging more capacity building in established export industries, where margins are already low, is the last thing China needs. Limited depreciation might be appropriate to ensure that existing capacity is fully utilized but, beyond that, the policy should not go.

A second alternative is monetary easing to encourage spending, borrowing and investment. The authorities have begun moving in this direction with a 100 basis point cut in reserve requirements for the banking system and even larger reductions for rural banks. There is talk of a funding-for-lending scheme, where banks will have access to additional official finance for use in funding new loans.

Monetary stimulus is desirable insofar as it translates into additional consumption spending. It will be helpful to the extent that it permits productive borrowing by small and medium-sized enterprises, as opposed to state-owned firms, construction companies, and property developers prone to unproductive and risky investments.

Much will hinge on the details of any funding-for-lending scheme. The earlier British program by the same name, which ended up financing real-estate speculation, is an example of what to avoid. Officials will need to tighten regulation of the banking system if they are to prevent similar excesses. That the 100 basis point reduction in reserve requirements was accompanied by measures designed to support the property market is not reassuring from this point of view. The latter are a step in precisely the wrong direction.

A last alternative is fiscal stimulus. Using foreign exchange reserves to recapitalize the China Development Bank and Export-Import Bank of China, in turn encouraging those banks to ramp up their lending for investment projects, can be thought of as fiscal stimulus in disguise. But more lending by the policy banks is another step in the wrong direction. It is a return to the bureaucratic as opposed to market-led allocation of investable resources. Measures that raise the share of investment in Chinese GDP yet again are the last thing the economy needs.

On balance, monetary easing is the "least worst" alternative for stimulating growth. But the benefits will exceed the costs only if easing is accompanied by strict financial supervision that prevents additional resources from flowing into speculative property investments, inflating asset prices and otherwise hindering rebalancing. If policymakers are uncertain of their ability to avoid these negative side effects, then they are better off doing nothing.