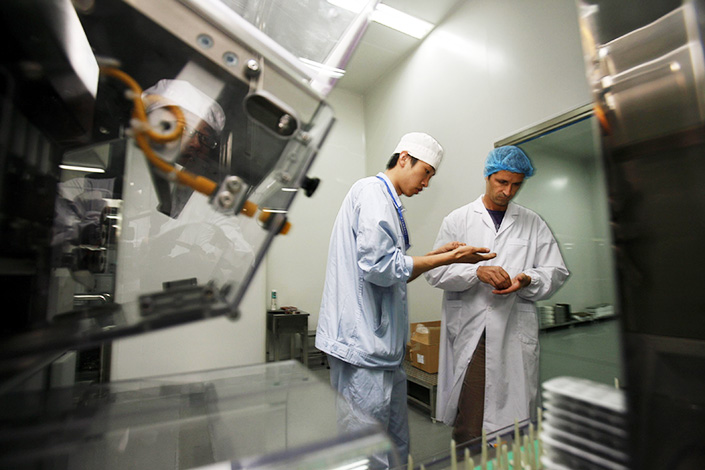 North China Pharmaceutical Co. resumed production on Monday after a monthlong shutdown because of smog. The closure cost the company 11 million yuan in profit. Photo: IC

North China Pharmaceutical Co. Ltd. said on Monday it lost 11 million yuan ($1.6 million) in profit during a prolonged production halt to combat smog in one of the first such disclosures of how China’s drive to clean up pollution is affecting industry.

As part of its campaign to clean up the country’s smog, local governments occasionally order nearby factories to halt production when air quality deteriorates too much. They are also gradually shutting down some of the worst polluting factories.

North China Pharmaceutical said it was subject to such a production halt for 51 days during a heavy smog period in November and December, and didn’t resume production until Sunday, according to a filing to the Shanghai stock exchange.

The company estimated it could have generated an additional 11 million yuan in profits if it could have maintained normal production during that time.

North China Pharmaceutical is based in the industrial central Chinese city of Shijiazhuang, the capital of Hebei province, which has become notorious as one of China’s most heavily polluted areas.

In the last quarter of 2016, when heavy smog choked Beijing and northern China, the Shijiazhuang government told thousands of factories to halt production from Nov. 17 until the New Year, in a project dubbed “Operation Sword.” The city was aiming to reduce concentrations of dangerous PM2.5 particles in 2016 by 10%, according to an online document issued by the municipal government.