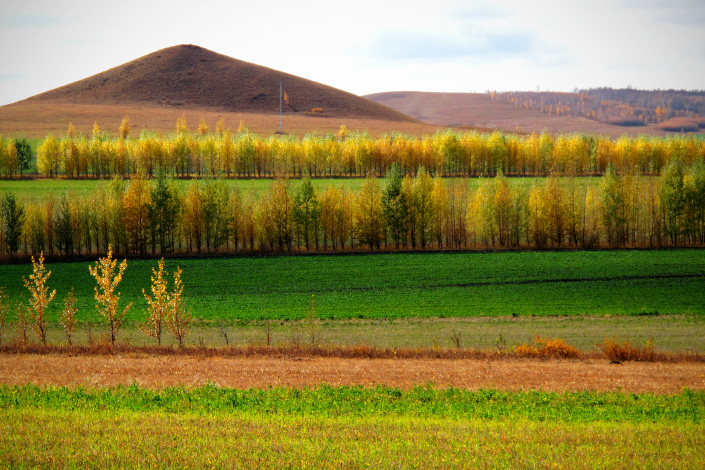 (Beijing) — Trees planted to tackle desertification and sandstorms in northern China cleared the air of 30 million tons of fine particulate matter from 1999 to 2010, according to a study by Lanzhou University.

The study was based on computer-generated models and data collected from 1982 to 2010, a period during which millions of trees have been planted. It shows that the “artificial” forests in northern China now absorb 30% more PM2.5 than they did in 1982.

PM2.5 is a type of cancer-causing particulate matter smaller than 2.5 micrometers in diameter that comes from vehicle emissions, construction-site dust and the burning of coal. PM2.5 matter has increasingly become a leading cause for air pollution in northern China.

Trees help reduce air pollution because the fine particles adhere to the leaves, which also capture many other types of pollutants, including sulfur dioxide and nitrogen oxides, said professor Ma Jianmin, who led the research.

The rougher surfaces of the land in forests can also trap more pollutants than bare land, according to Ma, who also serves as the head of Department of Environmental Science and Engineering at the university.

The forests planted in northern China over the past three decades captured 1.1 million tons of sulfur dioxide and nitrogen oxides from 1982 to 2010.

In the central north areas, including Beijing, Hebei province and the Inner Mongolia region, man-made forests were able to absorb 50% of sulfur-dioxide and nitrogen-oxide emissions in 2010, the research shows. Trees planted in northern China absorbed 60% more of the chemicals in 2010 than they did in 1982.

The massive tree-planting program, aimed at addressing desertification and sandstorms, will cover 42% of China’s land area once it is complete in 2050.

However, he said that artificial forests currently have only a limited effect when it comes to fighting smog in northern China. In fact, Ma said, while tree planting has shown greater promise in fighting smog in China’s central north — Beijing and Tianjin, the provinces of Shanxi and Hebei, and the Inner Mongolia region — it only absorbed about 1% of PM2.5 in the air in those areas in 2010.

The key to tackling air pollution still hinges upon government resolve to cut emissions throughout the area.

Much of the central northern region has been enveloped in toxic air since late Monday, the second bout of smog in the new year, and it is expected to last until Saturday, environmental authorities said.

The Ministry of Environmental Protection said that 39 heavily and seriously polluted days were recorded in 2016, down by seven days, but air pollution remains high with the annual average of PM2.5 concentration at 73 micrograms per cubic meters of air. That is more than double the amount regarded as safe by the World Health Organization.