Former Banker Said to Be Detained amid Corruption Inquiry 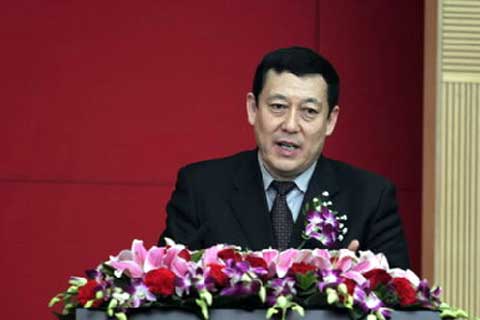 (Beijing) – A former executive at Beijing Rural Commercial Bank (BRCB) and Huaxia Bank has been detained by Communist Party graft fighters, people with knowledge of the situation say.

Qiao Rui, 60, currently serves as a deputy director of the Financial and Economic Office under the Standing Committee of the Beijing Municipal People's Congress.

"Qiao is one of those bold and forthright financial executives," a source close to him said.

The sources said he was taken away in early April on graft charges.

Caixin has tried to reach Qiao over the past several weeks, but his phone was always off.

The two banks he worked for have seen other executives come under investigation recently. In November, BRCB vice president Si Wei was fired and expelled from the party amid a graft inquiry. On May 4, Wang Yaoting, vice president of Huaxia Bank, became a target of an investigation as well.

He was transferred to BRCB as chairman and party secretary in 2009. He oversaw the bank's private placement to seven original shareholders and three new ones the next year, a move that increased the bank's capital by 13.4 billion yuan.

As of the end of 2014, the bank's total capital stood at 523 billion yuan, making it one of the largest rural commercial banks in the country.

Qiao resigned from the bank and was appointed to his current position in 2013.