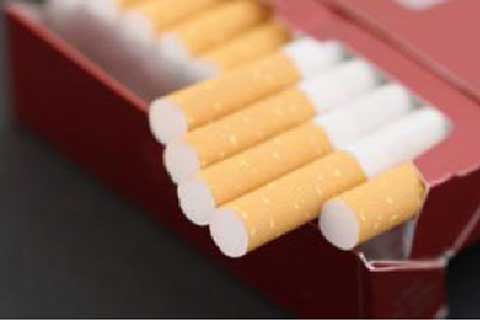 The Ministry of Finance and the State Administration of Taxation said in a notice released on May 8 that a tobacco tax wholesalers pay would be raised from 5 percent of total sales to 11 percent. Wholesalers will also pay an extra 0.005 yuan for each cigarette they sell.

Anti-smoking activists estimate that the hikes could push retail prices up by 6 to 8 percent.

The tax increase will help ease the pressure that activists put on the government to address China's large smoking habit, Xu Yunbo, an analyst at Xinhua News Agency, recently wrote.

The country had more than 300 million smokers at the end of last year, health officials say, and some 130 billion packs of cigarettes were sold in China last year.

A tax official said the slowing economy prompted regulators to raise the levies.

The government raised tobacco taxes in 2009, but those levies were applied to producers and had little impact on consumption because producers did not raise their prices.

Hu Dewei, a health economics professor at the University of California, Berkeley, said increasing taxes rates and prices is the most effective measure in tobacco control efforts and comes with the lowest costs.

One activist said that the increases would mean that a pack of cigarettes that used to cost 5 yuan would now sell for 5.4 yuan.

Some want the government to raise taxes rates even higher. Hu suggested a rate of 0.025 yuan for each cigarette, and Liu Jingxi, a tax official in the eastern province of Shandong, suggested a figure of 0.02 yuan.

Hu said that raising the price of each pack of cigarettes by 1 yuan would prompt 4.1 million low-income people to quit smoking every year, save about 1 million lives and raise an extra 85.4 billion yuan for public coffers.

China is a member of the World Health Organization's Framework Convention on Tobacco Control, an international treaty that is intended to reduce tobacco-related diseases and deaths. In October, the WHO suggested that 70 percent of each pack of cigarettes should be taxes. Experts say the figure in China stands at 40 percent to 46 percent.

The capital will ban smoking in indoor and outdoor public areas starting on June 1.