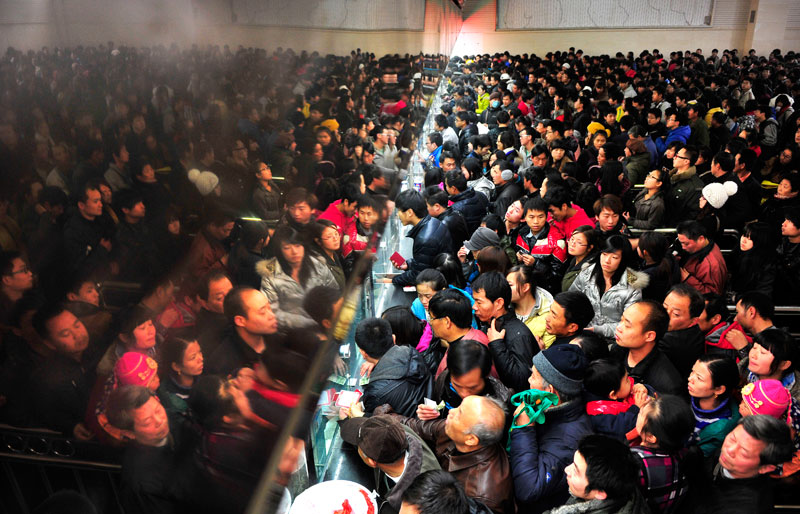 (Beijing) – The government of the capital wants the universities and colleges it controls to admit fewer students lacking Beijing household registration papers, a move one expert says will hurt the development of educational institutions.

Education authorities in Beijing told universities and colleges to recruit only 83,000 new students this year, 1,000 fewer than last year. It also told them to cut the number of students they admit who do not have a Beijing hukou, or household registration paperwork.

A growing population has caused Beijing to miss its population targets over the past decade. In 2005, the city government set a target of 18 million people by 2020, but it surpassed that figure in 2010. The population stood at 21.52 million people at the end of last year.

People from outside of the capital, who have no Beijing hukou – a document that gets the holder a range of public services, from schooling to bicycle borrowing – account for 38.1 percent of its population, official data show. In March, Beijing set a new target – no more than 23 million people by 2020.

The city government is also trying other ways to limit population growth. It is moving factories and wholesale markets to its outskirts or to neighboring provinces, and has also tightened access to basic public services available to people in the capital without hukou.

The government also plans to offer incentives to employers who hire locals, a change some see as discrimination. An official said the government may help employers make social security payments for employees with Beijing hukou.

Xiong said many of the country's large cities have started requiring schools to enroll more local students in a bid to rein in population growth. The cities also want to reduce the financial burdens caused by supporting poor students who come from outside cities.

The central and local levels of government should use other measures to solve population problems in large cities, Xiong said, but education should not be one of them.

He also suggested the government allocate more educational resources to small cities and create more opportunities in them, a change that might convince people seeking education they didn't have to head to overcrowded big cities.