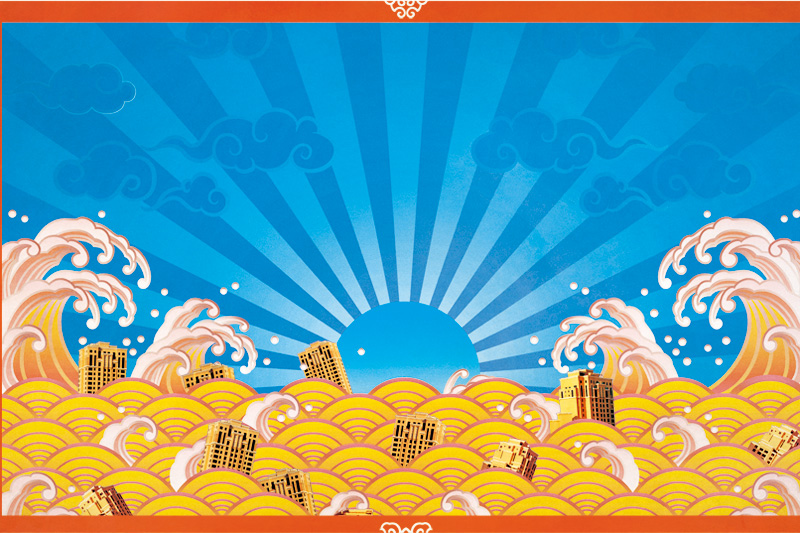 (Beijing) – After shivering through several years without heat in winter, a financial chill is spreading among homeowners in the Chengji Center apartment complex in Jinan, the capital of eastern Shandong Province.

Several government officials, business associates and relatives of developer Zhao Jin, 41, have also been detained as part of a probe targeting allegedly illegal property deals in Jinan and in the cities of Tianjin and Nanjing spanning more than a decade.

The probe has worried homeowners in Jinan's Chengji complex and another development called Chengji who fear Zhao's woes may dramatically affect his companies, putting their purchase contracts at risk.

Tianjin officials said Zhao and his company may have also been involved in underground antiques trading and prostitution.

Investigators initially looked into allegations of wrongdoing at Zhao's Tianjin businesses in May 2014 and wound up detaining his chief financial officer, said a person close to the company. A month later, investigators sent by the central government inspected Zhao's company in Jinan and seized financial records, a source said.

During the Jinan inspection, about 200 Chengji homeowners met with investigators to voice complaints about Zhao's company. They spoke of heatless apartments, elevator accidents and no natural gas. One homeowner later said the investigators agreed to "pass the cases on to the provincial government."

Zhao's detention came next, following by an announcement in December by the Central Commission for Discipline Inspection (CCDI) that investigators had detained Wang Min, a former Jinan party chief. A notice on the CCDI's website said that since 2005 Wang had accepted more than 180 million yuan in bribes from a developer surnamed Zhao and in exchange helped Zhao's businesses. Several sources in Jinan said the "Zhao" named on the website was Zhao Jin. One source said Zhao employed Wang's daughter and son-in-law.

Officials have not said where they are holding Zhao or any of the others detained in connection with his property businesses, although his company's Jinan employees said they think their boss is locked up in Beijing. Meanwhile, his development companies in Nanjing, Tianjin and Jinan have been shut down.

Zhao may have felt invincible in early 2014, when thugs who may have been working for his company allegedly attacked a Jinan-area lawyer working for angry Chengji homeowners. The lawyer, Hu Chunyu of Shandong Quehua Law Firm, was helping homeowners sue the complex's developer for alleged fraud.

Hu said he was attacked by two men outside his office. At other times, he said, he received death threats. "It seems Zhao Jin was not afraid of anyone, even the Jinan government," Hu recently told Caixin.

Despite the lawsuit and homeowner complaints, Zhao's business was still prospering in March last year, the month an industry association ranked Tianjin Gaosheng among the country's top 100 real estate developers.

Zhao started his first real estate development business in Nanjing, the capital of the eastern province of Jiangsu, in 2003 and called it Jiangsu Taihe Property Development Co. That same year, the company completed a downtown luxury office and residential complex called Hengji Center. He won government support, and by 2004 Jiangsu Taihe was ranked among Nanjing's top 10 property sellers.

Through the years, Zhao registered more than 20 companies in Nanjing, some of which spearheaded property projects and were officially headed by his employees and business associates. Zhao went on to repeat the successful Nanjing business model in other cities: He would win a local government's support by agreeing to pay a high price for land and then sell homes quickly at low prices.

A Zhao employee who asked not to be named said that in Nanjing his boss sought to imitate Hong Kong developers and sometimes billed himself as a developer from the city whose complexes featured Hong Kong-style, high-density apartment buildings.

Tianjin Tairui started selling Chengji apartments in July 2005 to homebuyers looking for a good location in the city and a low price. A resident of the complex named Guo Li remembers people like her waited all night in a line for a chance to buy an apartment in one of Chengji's three buildings.

Homeowners who bought apartments in Zhao's complexes said they were cheated.

For example, several owners of homes in complexes built by Zhao's companies said his business strategy involved regularly starting new companies and putting each newcomer in charge of a separate real estate development project. This practice made it difficult for home shoppers to trace the history of his property businesses. Moreover, they said, Zhao often managed to dodge legal liabilities by dissolving businesses that were threatened by lawsuits.

A real estate industry source said Zhao also found ways to get around government regulations for apartment building construction projects. He exploited first-time home buyers who knew little about real estate-purchase contracts, the source said. And he registered companies in the British Virgin Islands with legal addresses in Hong Kong to act as "foreign partners" in his investments.

Another Zhao development scheme involved changing a building's size after finding buyers and signing purchase contracts. In Tianjin, for example, what was supposed to be a 47-story building turned out to be 52-story project. Buyers were not pleased.

Li Ming, who owns an apartment at Tianjin's Chengji, said buyers were told that the complex would be altogether 291,434 square meters. But when completed, it was 340,462 square meters. Li said he and other homeowners complained to city officials without results.

A source close to Zhao said the developer's companies often managed to increase profits by adding floors or expanding floor space beyond what was originally planned. In another trick that benefited the developer, home ownership documents were altered to understate floor space.

Zhao's father also helped his business. A person familiar with Zhao said the father helped him acquire land for Hengji and other projects. He also helped his son save 100 million yuan by altering the original floor space at Hengji, the person said.

Zhao's grandfather was a senior Communist Party member who participated in the 1949 revolution. His father, Zhao Shaolin, was a cadre who rose from membership in Nanjing's Communist Youth League in the early 1980s to mayor of the city of Huaiyin. The father was named general secretary of the Jiangsu party committee in 1998 and held that post until moving to Beijing and retiring in 2006.

Zhao graduated from a military college in 1993, but pursued business, becoming general manager and legal representative of Nanjing Shichang Property Development Co. in 1994. Company records show the general office of the Central Committee of the Communist Young League launched Nanjing Shichang with registered capital of 10 million yuan. A source close to Zhao said his family's connections to the league helped him start the business.

Sources in the Nanjing's real estate sector said that Zhao's father was key to his success. "Whenever he wanted a plot of land, Zhao Shaolin would show up and settle the deal," said one source. "Every project had his father in it. He would get the land through others."

In 1994 and '95, Nanjing Shichang built residential buildings in downtown Nanjing. The company was restructured in 1996, with the youth league withdrawing from the operations. The name was changed to Jiangsu Shichang Industrial Co. and Zhao was named chairman and general manager.

Also helping Zhao in his early years, according to a source, was Shen Donghai, who from 1999 served as secretary-general of the Tianjin government's city planning commission. Shen thus oversaw the urban development and construction projects spearheaded by Zhao's companies.

A former Zhao employee said He's daughter and son-in-law were employed by a Zhao company but "seldom showed up" for work.

Feng was targeted after Zhao allegedly gave him a valuable painting. A source said Zhao used paintings, other types of art and antiques to bribe officials.

Investigators turned their attention on Wang after observing him in a compromising video filmed at a Beijing nightclub that Zhao ran for his friends in officialdom. People close to Zhao's business in Tianjin said the city's ex-police chief Wu had intervened in disputes involving Zhao's companies.

Guo Li, who owns a home in the Chengji complex in Tianjin, has repeatedly complained about the building's poor quality and tried to sue Tianjin Gaosheng. Those steps led to harassment by the Wu-led police force targeting her and her relatives, she said. Guo was even sentenced to a year in jail.