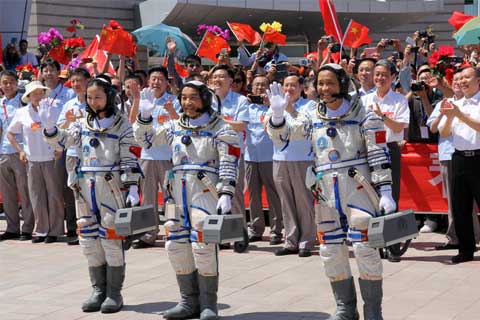 The trio of crew members on the Shenzhou-10 mission / CFP

(Beijing) – China has established a national agency to boost efforts aimed at tackling the growing threat that space junk poses to its space programs.

The new organization was formed by China's space agency, known as the State Administration of Science, Technology and Industry for National Defense, and the Chinese Academy of Sciences, a government research body. It is to research space debris, including non-functional spacecraft, abandoned parts of launch vehicles and other debris.