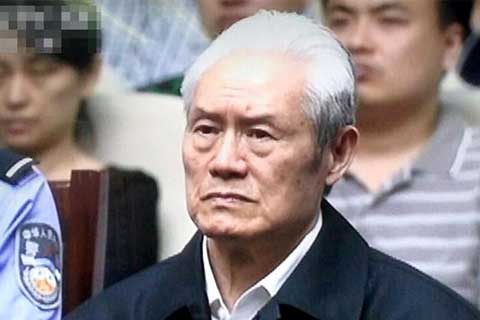 (Beijing) – The head of a key Communist Party legal affairs committee in Hunan has stepped down as the central province's police chief, continuing a nationwide trend that sees the two posts held by different people.

Sun Jianguo resigned as Hunan's police chief, but stayed on as head of the province's politics and law committee, China Police Daily reported on June 23. That committee oversees the police, courts and prosecutors for the entire province.

In recent years, one official held both the committee and police chief positions at the provincial level, an arrangement that many saw as a way for the party to keep a tight grip over the police.

Zhou was recently jailed for life for taking bribes, abusing his power and leaking state secrets.

Having one person lead both the provincial legal committee and police meant courts and prosecutors' offices were pushed to the sidelines. This gave rise to many stories of injustice around the county and a spike in the number of people heading to the capital to air their grievances with the central government. It also caused the government to spend more to maintain the stability of society.

The situation began to change in 2010, when the party's Organization Department, which handles personnel matters, told leaders of the country's provinces to see that the two jobs were held by different people. This was being done so that prosecutors and the courts had a better chance of holding fair trials, the department said.

After the change in Hunan, 28 of the mainland's 31 provinces, autonomous regions and municipalities have different people heading their law committees and police forces. The others – Ningxia, Guangxi and Jilin – are undergoing leadership reshuffles and are very likely to follow suit, analysts say.

Wang Yukai, a professor at the Chinese Academy of Governance, said the change will not solve the fundamental problems plaguing the judicial system, but it could rein in the power of the legal affairs committees.