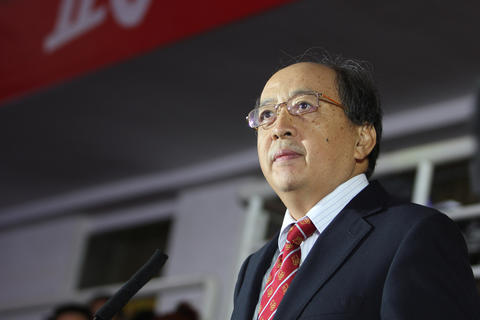 (Beijing) – A senior sports official has become the subject of a corruption inquiry, the Communist Party's graft-fighting office says, the first senior official to get in trouble since the sports administration was censured for a wide range of problems last year.

The Central Commission for Discipline Inspection (CCDI) said on its website on June 25 that the deputy director of General Administration of Sport, Xiao Tian, is being investigated for "serious violations of disciplines and the law," the graft fighter's preferred euphemism for corruption.

Xiao is the -ranking official at the administration, which has great control over China's sports and athletes.

Investigators took Xiao from a meeting he was attending on the morning of June 25, sources close to the administration told Caixin.

The CCDI's announcement caps months of speculation that Xiao was in hot water that started when a CCDI team publicly criticized the sports administration over problems it found during an inspection running from late July to early September last year.

The CCDI inspectors said in a press conference in November that it had found a large number of irregularities in how the sports administration did business and was organized, and in how it handled athletes, referees and referees.

Xiao oversaw these areas for a decade.

In January, the administration admitted that its officials and referees took bribes to fix events during the 12th National Games in the fall of 2013.

The sports administration has been troubled by scandal in recent years. Several senior officials from its soccer unit and the Chinese Football Association it runs and well-known referees have been jailed for bribery and fixing games.

In April, Shen Lihong, the vice director of the Cycling and Fencing Sports Administration Center and a vice president of China Equestrian Association, was detained by the CCDI. Xiao was also responsible for that center.

Britain's Financial Times newspaper reported in September in 2014, that Xiao's son, Xiao Yang, was among several "princelings" – the sons and daughters of China's elite – who were hired by a Morgan Stanley subsidiary in the country.