Shanghai's Pudong Area 'to Ease Rules for Getting Work Visas' 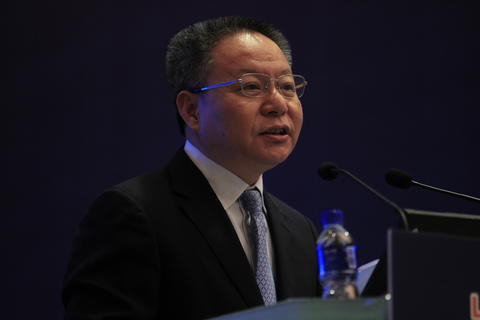 (Beijing) – A bustling economic area in Shanghai will soon make it easier for highly skilled foreigners to get work visas, a Communist Party official said at a recent economic forum.

Shen Xiaoming said on June 27 at the Lujiazui Forum that the government of the Pudong New Area will ease visa rules, but did not say when the changes will come into effect. Shen is the party boss of Pudong, the regional home of many multinational corporations.

Officials will start taking into account income levels, tax contributions and length of stay when handing out work visas, Shen said. The main criteria in the past were skills and educational background.

Lujiazui, a financial district in Shanghai, has only 4,000 foreign workers, or about 4 percent of the total, Shen said, but it has the potential to attract many more.

"It's not that salaries here aren't high enough to attract foreigners, nor is it that we don't need the human resources," Shen said. "It is the current policy that creates obstacles."

Rules for getting work visas in the past have been too stringent, he said. He cited a requirement that workers in China retire at age 60 as a problem for some foreign companies, whose heads could be denied work visas for this reason.

When Ford Motor Co. planned to move its Asia-Pacific headquarters from Singapore to Lujiazui a couple of years ago, its regional president was unable to get a work permit because he was over 60, Shen said.

"If an employer is willing to give someone US$ 200,000 a month, the person must be considered an asset," he said.

Foreign teachers could also find it easier to get work visas in Pudong. The old approach did not consider teaching a very valuable talent, but the new approach could help teachers, Shen said.