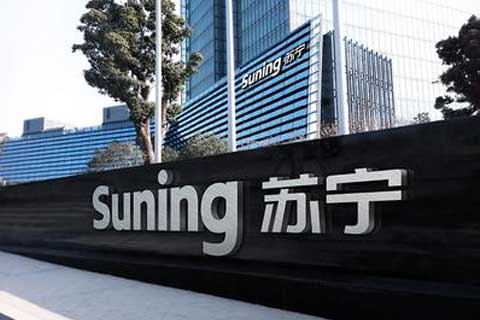 The amount of investment is not yet known, the person said, but an employee of Smartisan said the companies have agreed to the deal.

Suning may be seeking to boost its online retail business through mobile Internet by integrating an operating system it is developing into Smartisan's phones, the person close to the appliance firm said.

The deal could also give Suning more users for its new telecom services, the person said. Suning has a mobile virtual network operator (MVNO) license to sell consumers telecom packages, such as call, messaging and mobile Internet services. The retailer set up an independent company to run that business.

Smartisan may start selling its devices at Suning's stores and on its website, the person said. The smartphone maker may also be interested in linking its devices to Suning's appliances, a development called "smart" technology.

Smartisan may use the money it gets from the investment to make changes that allow it to compete with other smartphone manufacturers and extend its business overseas.

Suning and Alibaba were among the first 19 companies to get the MVNO licenses from the Ministry of Industry and Information Technology.

Smartisan was founded in 2012 by Luo Yonghao, a former English teacher. The company launched its first model, called the Smartisan T1, in May last year, and said it hoped to sell half a million of the devices by the end of the year. It managed to sell only 120,000.

Luo visited Zhang Jindong, the president of Suning, at the appliance maker's headquarters in the eastern city of Nanjing in April, the person close to Suning said. They reached a preliminary agreement for an investment at that time, and have continued to work on the deal since.