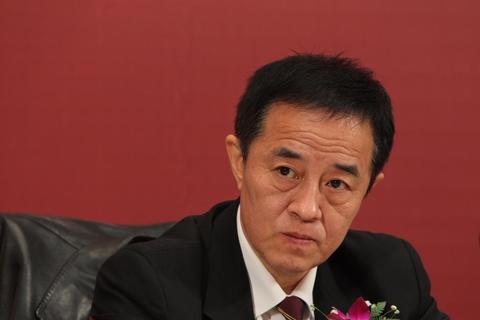 (Beijing) – One of the country's top judges is being investigated by the Communist Party's graft watchdog, and a person with knowledge of the matter say the scandal is linked to interference in a 420 million yuan lawsuit over shares in a coal mine.

The Central Commission for Discipline Inspection (CCDI) said on July 12 it is investigating Xi Xiaoming, a 61-year-old judge in the Supreme People's Court, for "serious violation of the law and discipline," the party's preferred term for corruption. Xi is one of the nine vice presidents of the country's top court, making him one of China's most senior judges.

The CCDI did not say what triggered the inquiry into Xi, who became a vice president of the court in 2004.

People familiar with Xi said his work is focused on civil and commercial disputes, the latter often involving hundreds of millions of yuan.

Xi is suspected of having helped Zhang Xinming, a coal tycoon in the northern province of Shanxi, win a case involving more than 420 million yuan in 2011, a person with knowledge of the matter who declined to be named said.

In 2007, Zhang sold 47 percent of the shares he held in a colliery, which had reserves of more than 400 million tons of coal, to a firm controlled by businessman Lu Zhonglou for 423 million yuan.

From 2010 to 2012, Zhang and a firm related to him filed a series of lawsuits against Lu requiring him to return the shares he bought on the grounds they were priced too low. Lu lost all of the lawsuits and filed an appeal with the Supreme People's Court. He lost that appeal in 2011.

The case was controversial because many legal experts disagreed with the top court's decision. The person close to matter said Xi is suspected of having illegally influenced the top court's ruling on the appeal, though he was not a judge in the case.

A person who has worked with Xi said on condition of anonymity that Xi was known to use his position to "maneuver the direction of a case to help people gain illegal profits."

Zhang was detained by police in August because of involvement in a separate acquisition involving the state-owned conglomerate China Resources.

Xi was detained on July 10, a source close the CCDI said.

Only two vice presidents of the Supreme People's Court have been probed for graft since 1949 and both cases were in the last five years. The first was Huang Songyou, who was sentenced to life in prison in 2010 for taking bribes and embezzlement.

People in China are skeptical about their judicial system, in part because of miscarriages of justice that have led to wrongfully convicted men being executed. The party has said it wants to reform the judicial system – especially to reduce the influence that officials can exercise over court cases – but the changes that are often mentioned involve provincial governments and the courts below them.

Xi has worked for the country's highest court since earning a bachelor's degree in law from a college in the northeastern province of Jilin in 1982. He later earned a master's degree and PhD at Peking University.