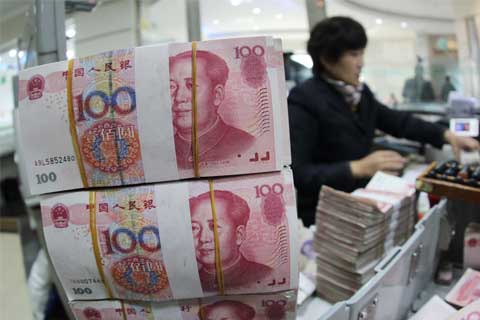 (Beijing) – Two provincial governments have taken what appear to be the first, cautious steps toward opening the nation's 3.5 trillion yuan family of public and quasi-public pension funds to stock market investing.

Governments in Shandong and Guangdong recently became the first to revamp pension fund investment practices in ways that apparently conform to a plan rolled out by the central government's Ministry of Finance and the Ministry of Human Resources and Social Security.

The plan, which was released on June 29 so the public can comment, would broaden investing options for pension funds managed by local offices of the social security ministry nationwide. These funds vary in size and function, but generally fall into one of the four categories, namely rural, urban, enterprise and government retirees.

The ministry's chief, Yin Weimin, said in March that a draft would be submitted in the second half of the year to the State Council, the cabinet, for a final decision.

The proposed changes would not affect the National Social Security Fund (NSSF), an income-generating tool for the central government that's been investing in China's stock markets for years and does not write checks to retirees.

If the draft plan is approved, social security ministry-affiliated pension fund managers would for the first time be allowed to invest in bonds, stock funds, private equity funds, stock-index futures and treasury futures. Fund managers would also be able to invest in national construction projects through and buy stakes in major state-owned enterprises.

Under the plan, up to 30 percent of a pension fund's net value would be eligible for stock and stock-related investing. As a result, the social security ministry says, up to 2 trillion yuan of the 3.59 trillion yuan parked in pension funds around the country could be used to trade on the Shanghai and Shenzhen stock exchanges.

The plan calls for pension fund managers to use authorized professional institutions to handle all stock investing, ministry spokesman Li Zhong said at a June 30 press conference. The total amount invested in stocks would be small at first and gradually increase so that "its impact on the stock market would be mild," said Li.

The 2011 reform campaign stalled due to "a lack of awareness about the importance of investing," said Zheng Bingwen, director of the World Social Security Institute, which is under the Chinese Academy of Social Sciences (CASS).

Thus, pension fund investments to date have been limited to safe but low-yielding bank savings deposits and government bonds.

Yet pressure to strengthen the pension fund family has been rising as China's population of retirees grows. A manager at a leading fund management firm, E Fund Management, who asked not to be named, said officials are feeling the heat of an aging population and are pushing for a pension fund investment plan that maximizes yields while also boosting the stock market.

"As a long-term investor, pension fund access will benefit the stable development of the stock market," the manager said.

Pension fund outlays have been rising faster than fund income levels. The gap between the two for all funds rose to 130 billion yuan last year, said Zhang Hao, a pension fund inspector at the ministry of social security. Spending exceeded income for funds in 18 of the 31 provinces, municipalities and regions in 2014, the ministry said.

To close the gap, sources said pension fund managers are likely to seek support from the agency that runs the 1.53 trillion yuan social security fund, the National Council for Social Security Fund. The council is indeed a good money manager: It reported earning 561 billion yuan on investments over the past 14 years, for an average annual return rate of 8.38 percent.

A source close to it said a central government meeting in June decided that the council would manage investments on behalf of local government pension fund managers from across the country. Vice Premier Ma Kai chaired the conference.

Early in 2012, the State Council approved a pilot program allowing Guangdong Province to hand over 100 billion yuan worth of local pension funds to the council for investment operations. The council said the yield rate of Guangdong's pension fund investment was 6.2 percent in 2013.

The proposal to let the nation's social security council function as an investment manager for local pension funds has been questioned by some experts. They say the country should create new institutions to handle these investments. Moreover, some local government officials have said they would prefer running their own investment vehicles.

Creating a new agency to manage pension fund investments would benefit local governments by letting them choose between it and the social security council, said Wang Dehua, a financial expert at CASS.

Officials in Shandong recently showed they prefer doing things on their own. On June 3 they launched a unique version of the central government's social security council to manage local pension fund investments. The vice chairman of the Shandong council, Chen Xiaodong, said investing would begin when policymakers in Beijing give the green light.

The social security ministry's proposed plan, however, stipulates that local pension fund authorities would have to use agencies approved by the central government to manage pension fund investments through financial institutions. Hu Jiye, a law professor at the China University of Political Science and Law, said this clause in the proposal has been "discussed many times and is quite mature."

The plan says all money in the local pension funds – money parked in individual accounts and cash sitting in pools from which retiree payments are issued – should be available for stock market investing.

But investing in stocks with all of the cash in a single pension fund can be dangerous, experts said. Raising one red flag was Zuo Xuejin, a policy adviser who works for the Shanghai government. Zuo noted that many funds from which retiree checks are cut are not suitable for long-term investments because of the high frequency of transactions. Hu suggested separating every fund's individual accounts and payment pools.

Other experts say there is no reason for pension fund managers to fear stock market investing, noting that only Shanghai- and Shenzhen-listed shares would be eligible investment targets. The government is not expected to let pension fund managers invest in wealth management products and trusts, for example.

Wu Bing, a fund manager at ICBC Credit Suisse Asset Management Co., called the draft plan for pension fund investment properly cautious. Li Zhen, a public management professor at Renmin University, said that through the plan all pension fund investment targets and strategies would be closely linked to the development of the country's financial markets development and the public's ability to accept risk.

Overall, though, experts agree that government policymakers now fleshing out the pension investment plan must keep a firm grip on risk management. And they need to have an emergency back-up plan that's ready to implement before letting pension fund managers buy stock.

"The top concern is to guarantee absolute security for the funds," said Li.