China, U.S. Are Looking Past Each Other on Trade and Investment 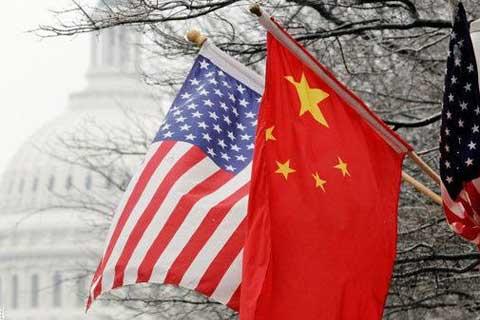 U.S. exports of goods and services to China have been practically flat since the first quarter of 2014, while Chinese exports to the United States have expanded only modestly. This is not an inspiring record. Meanwhile, two-way stocks of direct investment remain well below potential – about US$ 60 billion from the United States to China and around US$ 50 billion going the other direction. This stands in contrast with a potential of at least US$ 100 billion in each direction.

More troubling than lackluster figures is another fact: in recent months the two giants have made little progress liberalizing their trade and investment barriers. Policy achievements today would spur trade and investment flows in a few years. But the pace of bilateral policy achievements is tepid. Instead the two governments are preoccupied with initiatives elsewhere.

To be sure, China and the United States have made progress on monetary questions. China has appreciated the yuan right alongside the dollar, and it is establishing a sound basis for the yuan to join the dollar and euro as the third major international currency. But these achievements do not substitute for a lack of progress on trade and investment relations.

Beijing is busy building new "silk roads" with its neighbors, anchored by the Asian Infrastructure Investment Bank (AIIB). The initiative emphasizes transport links, such as roads, railroads, ports and airports. Hard infrastructure is the name of the Chinese game. If China's talented companies can do half as well abroad as within China, the plan will establish a foundation for rapid and durable growth across mainland Asia.

Meanwhile, Washington has concentrated its political energy on the ambitious Trans-Pacific Partnership (TPP), covering everything from tariffs, state-owned enterprises and intellectual property protection to investment rights and labor and environmental standards. Hard rules are the name of the U.S. game. Two decades ago the passage of the North American Free Trade Agreement transformed North America into a blossoming network of trade and investment value chains. If the TPP can achieve half those results, it will fire up Trans-Pacific commerce.

For its own clumsy reasons, the Obama administration failed to join the AIIB. And China is not yet ready to accept the hard rules envisaged by TPP. The net result is that China and the United States are both standing outside, each wistfully looking in to the other's biggest economic game. When the TPP is fully implemented in 2025, it could shave US$ 100 billion annually from China's export trajectory. But U.S. construction and engineering firms like Bechtel, Fluor and Kellogg stand to lose at least that amount in Asian infrastructure deals over the next decade.

The Bilateral Investment Treaty (BIT) seems stalled over U.S. insistence on a short negative list that identifies sectors that are off-limits to foreign investment in China. If the rumored US$ 23 billion bid by Tsinghua Unigroup for Micron Technology ripens into an offer, vetting by the Committee on Foreign Investment in the United States could become another obstacle. If the committee blocks a Micron deal, Chinese authorities will be even less willing to open sensitive sectors, such as telecoms, to U.S. firms.

For the moment, U.S.-China trade cooperation mainly takes place under the WTO umbrella. Joining the U.S. and other signatories, China will ratify the Trade Facilitation Agreement (TFA) before the December WTO ministerial meeting in Nairobi. With additional ratifications in 2016 – 107 in total – the TFA could prove to be the WTO's biggest prize since the Doha round launched in 2001.

Meanwhile, the United States, European Union, China and South Korea have just brokered an agreement ensuring that the updated Information Technology Agreement (ITA2) will soon take effect. This is a plurilateral pact that guarantees zero tariffs on more than 200 high-tech tariff lines. China, the United States and the EU are driving the plurilateral Environmental Goods (EGS) Agreement within the WTO umbrella. China's cooperation on ITA2 should pave the way for China to enter the plurilateral Trade in Services Agreement talks (TiSA) in Geneva, alongside the WTO.

So, good deals are cooking in the WTO. In time, they may deliver enough liberalization to put U.S.-China trade on a faster trajectory. But for the moment the lull in U.S.-China bilateral trade and investment liberalization is taking a toll. The BIT is the best thing that might be achieved in 2015. Next year, if Washington and Beijing allow their cooperative spirits to blossom, the two giants might discuss a medium-term path for China to join the TPP, and the United States to join the AIIB. Today, in the summer of 2015, however, these are pleasant daydreams.