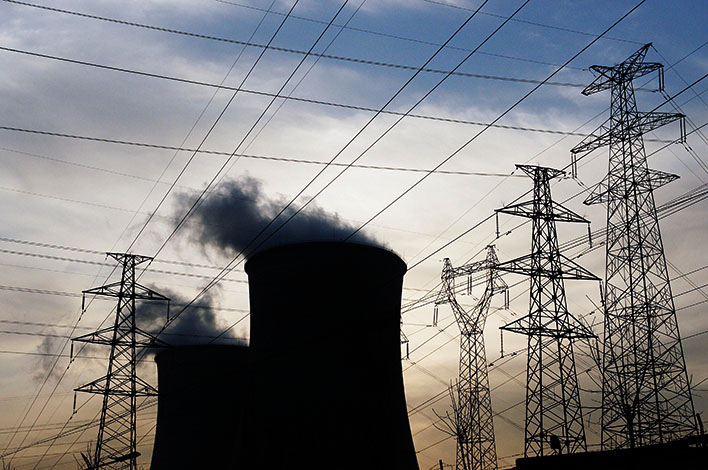 (Beijing) — China’s central government has suspended 101 coal power projects with an estimated total investment of about 430 billion ($62.3 billion) on concerns that mild demand for electricity this year could lead to a power glut.

The National Energy Administration (NEA) has issued notices to 11 provincial-level areas, including northwest China’s Xinjiang region and the southern province of Guangdong, ordering them to halt the projects that their respective governments had previously planned or approved.

The 101 projects, some already under construction, have an overall installed capacity of more than 100 gigawatts (GW), according to a calculation by Caixin.

Local governments are often keen to approve such big projects, believing they will contribute to their regional economies and help them to meet growth targets. But such building often leads to supply gluts and other inefficiencies due to lack of market considerations.

The latest power craze has stoked rising fears of a similar glut, with NEA head Nur Bekri warning earlier this month of looming across-the-board losses in the sector this year.

Beijing has been reining in new construction since last year, including blocking 15 coal power projects with a total planned installed capacity of 12.4 GW in nine provinces in September.

More projects could be scrapped to achieve China’s goal to boost cleaner renewable energy, while cutting coal-burning power to 55% of the country’s total installed capacity from 59% in 2015. To achieve the target, more than 150 GW of new coal plants that were previously being planned must be abandoned or postponed.

Carbon Tracker, a London-based independent think tank focused on the impact of climate change on capital markets, argues that no new coal plants are needed in China until at least 2020, according to a report released by the organization in November.

Its study showed that China had 895 GW of operating coal-power capacity, or 2,689 plants, being used less than half of the time as of July.

The NEA said in a statement on Monday that thermal power plants across the nation, most of which burn coal, kept their generators running for an average of 4,165 hours last year, down 199 hours from a year earlier.

Total electricity consumption rose 5% in 2016 from a year ago, said the statement. The increase was the strongest in three years and accelerated sharply from a gain of just 0.5% in 2015.

But the rebound was largely driven by a spike in the use of cooling devices such as air conditioners in the third quarter, when the average national temperature shot to the highest level since 1961.

“We expect growth in demand for electricity to be at 3% to 5% in 2017, putting an effective curb on the increase in the installed capacity of thermal power,” Wu Bohua, an analyst with Changjiang Securities, said in a research note on Monday.