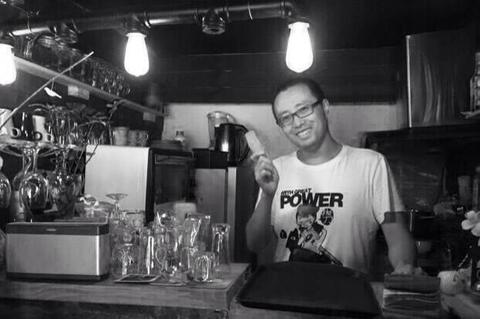 (Beijing) – A fund manager who apparently jumped to his death from a high-rise in downtown Beijing suffered depression and was angry the government intervened in the stock market rout, people who knew him say.

Liu Qiang, a 36-year-old fund manager at Ruilin Jiachi, an asset management firm, jumped to his death from a building near busy Jianguomen Street, people who knew him well said.

News about his death surfaced on July 24, when a post that he jumped off a building two days earlier appeared on the social media accounts of investors and people working in finance. It is unclear who posted the first message.

On July 27, a lawyer from Beijing Bailun Law Firm issued a statement on behalf of Liu's relatives that said Liu actually died on July 21. The death was due to "personal reasons" that had nothing to do with the fund he managed and the recent stock market fluctuations, the statement said.

Several people close to Liu said he suffered from depression and returned to work in April after spending three years in the southwestern province of Yunnan where he was seeking treatment for depression. "He has had a very tough time in recent years," one of Liu's friends said.

Some of Liu's friends said he had been very frustrated by the government's efforts to support the bourse amid recent turmoil because he believed this upset market order. He thought that "the rules and order of the market had been broken … and was desperate, feeling that he was at his wit's end," one of his friends said.

In a blog dated July 7, Liu wrote: "The stock market disaster has turned many of my investment principles upside down … and made me doubt many times whether I'm still suitable for the market."

The government manufactured a bull market and destroyed it with poor intervention, he wrote, referring in particular to temporary restrictions imposed on short selling stock index futures.

Liu was among the first professional traders to enter China's fledgling futures market in the 1990s after graduating from Beijing Wuzi University. He developed a reputation as believer in value investment – choosing investment targets based on analyses of economic fundamentals and corporate conditions rather than trying to take advantage of short-term price fluctuations.

Liu's death has prompted online discussion about that investment philosophy and his performance in the capital market, which in mid-July experienced its most severe shock in more than seven years.

Some observers have speculated that Liu's death was linked to personal losses or losses by his fund. However, Yang Ling, Ruilin Jiachi's general manager, wrote her account on WeChat, a popular messaging mobile application, on July 24 that Liu closed his stock trading account before the fund he managed was launched. That post could be taken to mean Liu did not suffer large personal losses.

Publicly available data show that the fund he managed, which invests in stocks and futures, had lost about 18 percent of its value this year and would be liquidated if losses exceeded 20 percent. But a person close to Liu said most of the fund's investors were his friends who agreed with his belief in long-term investment. They were not eager to liquidate the fund, he said.

Liu attended the annual shareholders' meeting of Warren Buffett's Berkshire Hathaway Inc. in Omaha, in the U.S. state of Nebraska, in May. He wrote in an article that the experience "was like a dream."

Liu also said he respected Jesse Livermore more than Buffett and George Soros, even though he ended up bankrupt and taking his own life. Livermore, a legendary Wall Street trader in the 1920s, saw his wealth peak at US$ 100 million, but a series of botched investments caused him to lose his money and he committed suicide in 1940.

Liu said Livermore failed because he was egotistical and lax with risk control, and in a financial crisis these are deadly weaknesses. Liu's last social media post, published on July 17, included a chart that traced Liu's financial rise and fall, and said stock traders should learn from it.

Ruilin Jiachi has not commented on Liu's death. Police have not issued a statement.